'There are degrees of hate': Quebec blogger takes on far right 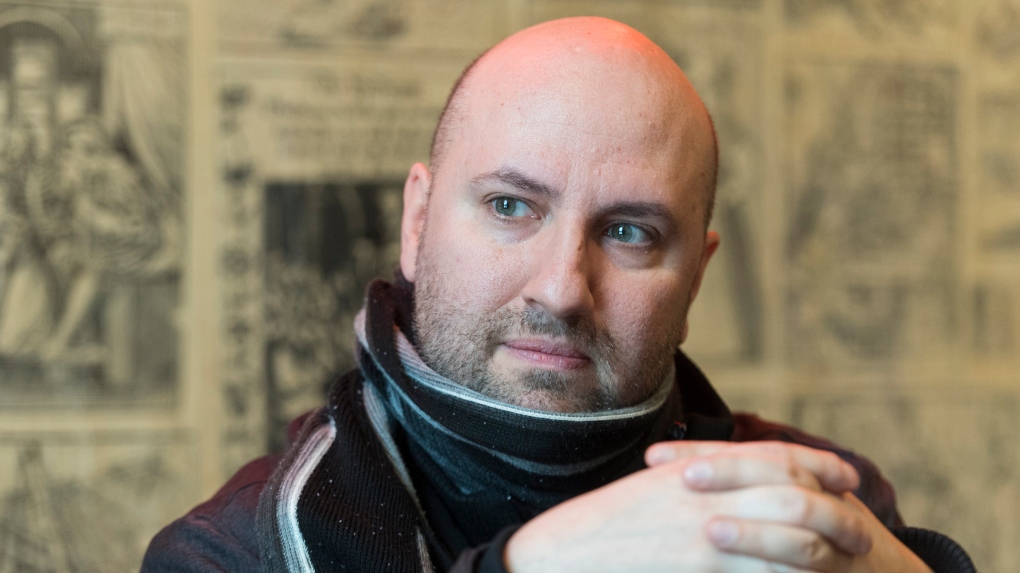 MONTREAL -- Far-right group La Meute was once seen as a growing threat in Quebec, with members marching by the hundreds through city streets against what they claimed was the creeping "Islamization" of society.

But La Meute -- or The Pack -- began to implode just a few years after it was created in 2015. By 2019, its signature wolf-paw symbol had practically disappeared from view as infighting reportedly tore the group apart. 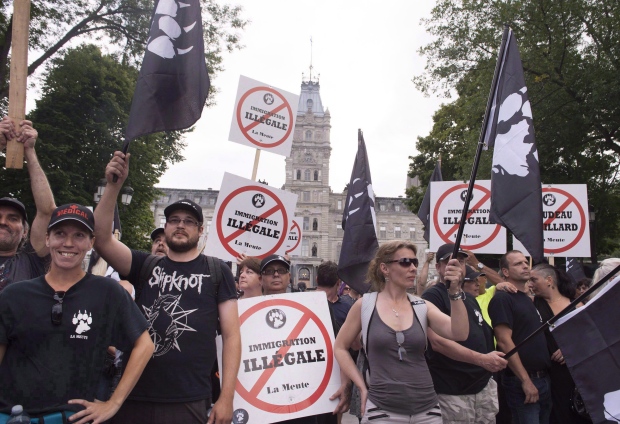 The demise of La Meute wasn't by chance, says Xavier Camus, who calls himself a "progressive" blogger with ties to the province's anti-fascist movement. He claims he and a loose network of "moles" infiltrated the group and brought it down by stirring up internal dissent.

"We destroyed La Meute. We generated an internal collapse," Camus said one recent afternoon in a downtown vegetarian cafe. The far-right group's leader, he said, has been left "a king without a kingdom."

Camus is attracting increasing attention in Quebec as he uses his blog and Facebook page to expose people he believes espouse hate speech, with striking results.

On Jan. 7, a 38-year-old man appeared in court in Granby, Que., on charges of inciting hatred and advocating genocide after Camus exposed homophobic and racist online posts he allegedly wrote.

An October 2018 article on Camus' blog drew attention to comments advocating the murder of Jews beneath a story on the Journal de Montreal website, and shortly afterwards police arrested and charged a 55-year-old man.

Camus has sunk the political ambitions of provincial political candidates by publishing their online Islamophobic comments. And the blogger got a Montreal city councillor kicked out of her caucus in March 2019 after he exposed her Facebook posts, in which she raged about the "Islamization of our country" after she was treated by an ophthalmologist who wore a hijab.

If the 42-year-old father and junior college philosophy professor stopped at posting about clear cases of racism and neo-Nazism, then he would probably receive less heat. But his critics accuse him and his ilk of starting more fires than they put out.

"He hurts the possibility of dialogue between the left and the right," Charbonneau said in a recent interview. For Camus and the wider anti-fascist movement, he said, there are no grey zones: "There is one side of 'racists,' without nuance, and then there is the big camp of 'virtuous anti-fascists,' also without nuance."

Camus doesn't come from the hardcore punk subculture that has helped fuel the North American anti-fascist movement. Instead, his political awakening occurred during the Quebec student strikes of 2005 and 2012. Rather than street fighting with the far-right, Camus wages his battle with his computer, research skills and writing talent.

But there is a difference between exposing an alleged neo-Nazi and targeting citizens who make stupid comments online about women in hijabs, says Charbonneau. The former action is laudable, while the latter might push someone into actually becoming a fascist, he said.

"We aren't gods," Charbonneau said. "We are all fallible. In your life, you can say something racist ... but what should our reaction be?"

Camus' blog and Facebook page also single out mainstream news columnists in Quebec who express nationalist, conservative opinions on such issues as immigration, secularism and Quebecois identity. His other targets include people who make off-colour and racist statements on social media or in the comment sections of news articles -- whether or not they have clear links to far-right groups.

Camus dismisses the claim that his Facebook or blog equates conservative columnists in Quebec with neo-Nazis and fascists.

"There are many degrees of hate," Camus said. "For example, neo-Nazism is an extreme ideology, and then there is ordinary Islamophobia, which is shared by a large number of people."

It's hard to prove Camus' contention that there is a prominent anti-Islam strain in Quebec society. But it's easy to find anecdotal examples of Quebecers' discomfort with Muslim immigrants.

Last October, for example, the bishop of the diocese of Trois-Rivieres -- located between Montreal and Quebec City -- stopped the sale of an underused church to a Muslim group that wanted to transform it into a mosque. Local opposition to the sale was so strong the bishop nixed the deal out of fear for the safety of city's Muslims.

Certain conservative columnists, Camus says, espouse nationalist rhetoric that helps to popularize a type of soft xenophobia, which becomes increasingly acceptable to the wider public. Far-right groups feed on that and take it a step further.

"More and more, in the collective memory, we have this common enemy -- the Muslim," he said. "And this figure of the common enemy was constructed. My bet is that it can also be deconstructed."

It's unclear whether Camus and a collection of anti-fascist moles actually "destroyed" La Meute. The group's website and Facebook page are still active, and La Meute's spokesman, Sylvain Brouillette, said Camus had as much influence on his group as have "pigeon droppings."

Brouillette said in an interview through Facebook that La Meute continues to organize events at the "regional clan" level. The only reason his group hasn't held any recent demonstrations, he said, is because its members have been satisfied with the current Quebec government of Premier Francois Legault.

Charbonneau questions whether far-right sentiment is truly increasing in the province and whether anti-hate vigilantism does anything to reduce intolerance in society.

Camus says he is convinced that he and allies in the anti-fascist movement are doing the work that police, politicians, and journalists are failing to do to make the far-right as distasteful as possible to the wider public.

"The role of my blog will always be a sort of safeguard, to make different kinds of intolerance retreat," he said. "My role is to show people: 'Look, this is not normal what they are saying.' These organizations are not normal."

This report by The Canadian Press was first published on Jan. 26, 2020.