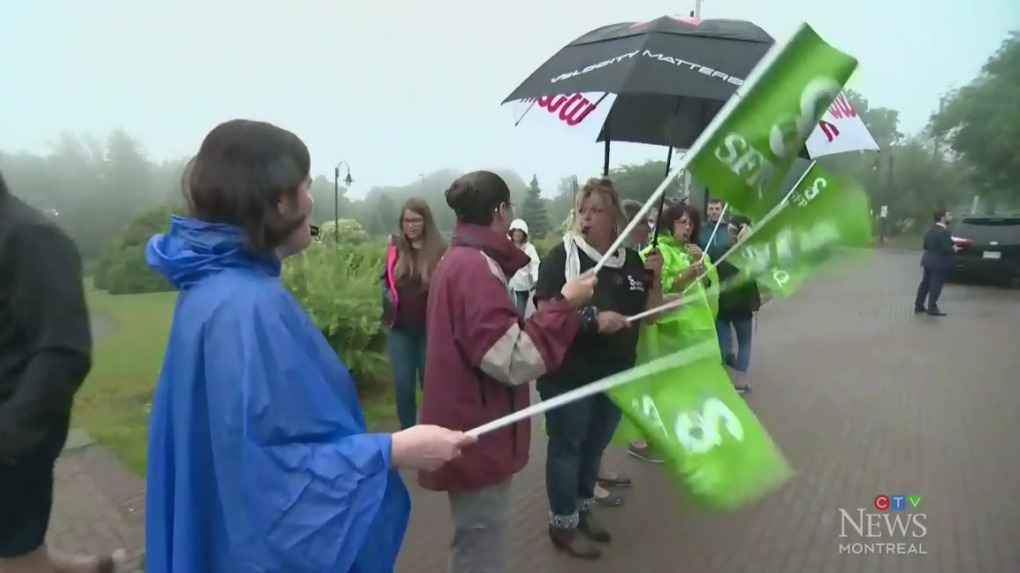 Sepaq park workers walked off the job at midnight disrupting services for hunters.

All 13 wildlife sanctuaries and Auberge Port-Menier are affected by their walkout.

The territories remain open to the public, but some services may be affected.

Before initiating the walkout, the Quebec Public Service and Public Service Union (SFPQ), which represents the Sepaq employees on strike, accused their employer of having planned to use "strikebreakers."

SFPQ president Christian Daigle said a formal notice was sent to Sepaq Friday at noon. Quebec Minister of Forests, Wildlife and Parks, Pierre Dufour, was CCed on the document.

"We have information that people have been hired as hunting guides, who do not have the accreditation and who are not supervisors," said Daigle. "We know that there are people who have come from Anticosti Island, who are not Sepaq people (...) to perform the tasks of our members. There are also wildlife conservation officers who have been asked to patrol the territory of Sepaq when it is not their primary mandate."

The employers question the union's story. Reached by phone on Saturday, Sepaq spokesperson Simon Boivin said no strikebreakers are on the ground of the wildlife reserves affected by the strike.

"There are only management employees, recognized as such under the Labor Code, who are doing the unionized employee work for those who are currently on strike,'' said Boivin. "The contingency plan that was set up by Sepaq to ensure access to the territory, complies with the Labor Code."

The union disputes this story.

The walkout will continue until Thursday morning unless an agreement is reached.

The negotiations surrounding the renewal of the Sepaq employees' collective agreement have been interrupted since Wednesday night, as the parties have been at an impasse.

Management had stated that the demands of its unionized employees were "unrealistic and unreasonable," while Sepaq employees criticized their employer for not improving its offer "one iota."

In the halls of the National Assembly Thursday, minister Dufour said he wanted an agreement that respects the Quebec taxpayers' ability to pay the public employees' wages.