An unidentified man went missing Friday while swimming in the St. Lawrence River in Montreal.

911 was called around 3:35 p.m. concerning a swimmer in distress near the Concorde Bridge in the Old Port.

Estimated to be in his thirties or forties, the man was reportedly calling for help as he was swept away by the current. At that point, he was too far from the shore for onlookers to come to his aid, according to Montreal police (SPVM).

Witnesses saw the man go under the water but did not see him come back up.

He was last spotted in an area behind Habitat 67, a region popular with surfers, the SPVM said.

Audrey Ruel-Manseau was surfing nearby when the man disappeared.

"He was making peace signs to the people on the shore, he was enjoying his time. And then suddenly, a current just kind of grabbed him and he disappeared," she told CTV News.

"He was waving his hands and asking for help, but it went very fast."

Ruel-Manseau said he was a regular in the area, taking pictures while people surfed, but she doesn't know him personally.

Three boats from the Montreal fire department, as well as a police boat and coast guard boat, were on the waters Friday evening attempting to locate the swimmer.

But the search was called off Friday night and throughout the day Saturday, as the current grew too strong to safely navigate the waters. 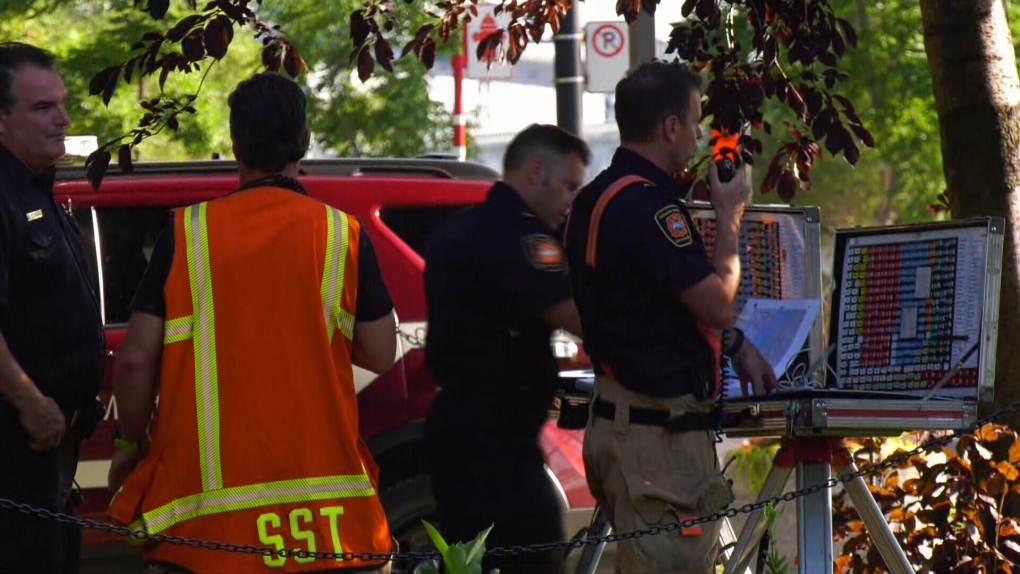 A search is underway for a man who went missing while swimming in the St. Lawrence River in Montreal. (CTV News)

"We have to think about the safety of the people who are searching, and also, according to the specialist, if someone is imported by the current when it is extremely strong, the possibility that someone is still here after all these hours is kind of low," said SPVM spokesperson Veronique Comtois.

There have been 42 drownings in Quebec so far this year.