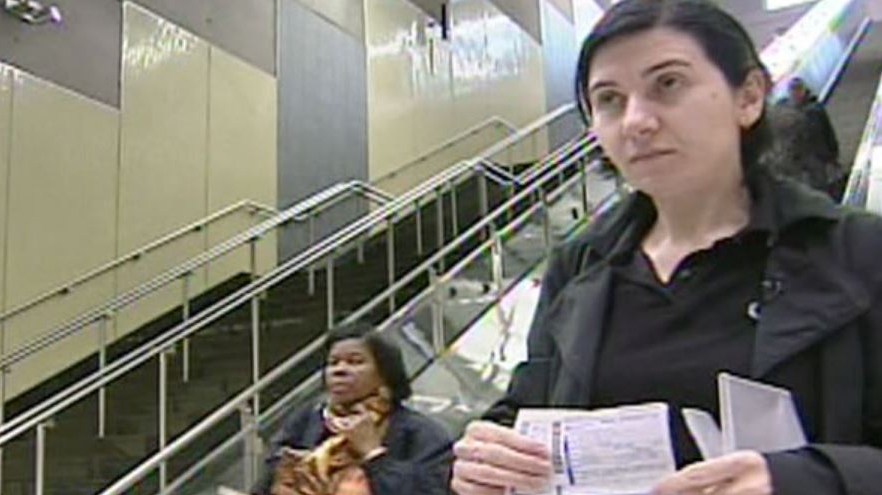 The Supreme Court of Canada agreed Thursday to hear the case of a woman who was ticketed and arrested after she refused instructions to hold onto an escalator handrail.

Bela Kosoian was in a subway station in the Montreal suburb of Laval in 2009 when a police officer told her to respect a pictogram with the instruction, "hold the handrail."

She replied that she did not consider the image, which also featured the word "Careful," to be an obligation. She refused to hold the handrail, and tensions mounted after she also refused to identity herself.

She was "taken by force" by the officer and another who had arrived as backup, according to court documents.

The officers detained Kosoian for about 30 minutes before letting her go with two tickets -- one for $100 for disobeying a pictogram and another for $320 for having obstructed the work of an inspector.

She was acquitted of the two infractions in Montreal municipal court in 2012 and subsequently filed a $45,000 lawsuit against the STM, the City of Laval and one of the officers, Fabio Camacho.

Her suit was rejected by Quebec court in 2015 and by the Quebec Court of Appeal in 2017, which said Kosoian was the "author of her own misfortune."

It will now be up to the country's high court to settle the matter.

"This is excellent news," said Kosoian's lawyer, Aymar Missakila. He said the Court of Appeal ruling created a dangerous precedent.

"A police officer who has a sincere but false belief that a law exists and decides to punish a party on the basis of this law could be exonerated of all responsibility .... It goes squarely against important principles of law," he said.

In the Court of Appeal decision, Justice Julie Dutil wrote that the officer "had reasonable grounds to believe that an infraction had been committed," which justified his decision to fine Kosoian and arrest her "because she had refused to identify herself."

In a dissenting opinion, Justice Mark Schrager wrote that the officer's "honest but false belief" she had committed an infraction was not enough to clear him of responsibility.

He concluded the pictogram was "a warning," and someone who saw it was under no "obligation to hold the handrail at risk of receiving a fine."

Neither the STM nor the City of Laval was immediately available to comment on the Supreme Court's decision to hear the case.