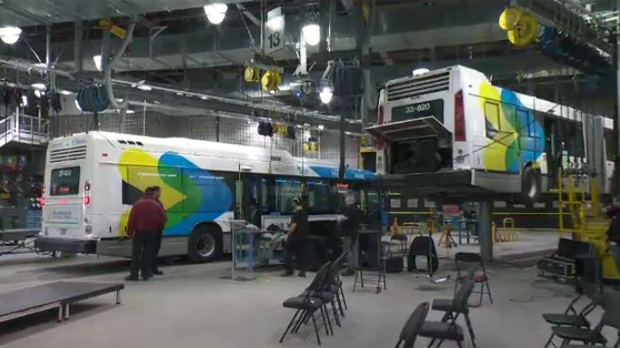 STM buses at a maintenance garage in Montreal.

A mediator has worked out a contract between the STM and its maintenance workers, who have not had a contract since January 2016.

The agreement still has to be approved by members of the union.

Last week a labour tribunal told maintenance workers they had to stop their illegal pressure tactics, namely deliberately working slowly so that fewer buses were on the road.

About 2,400 STM employees are represented by the CSN.