Some Montreal districts think a ban on sugary drinks is unworkable 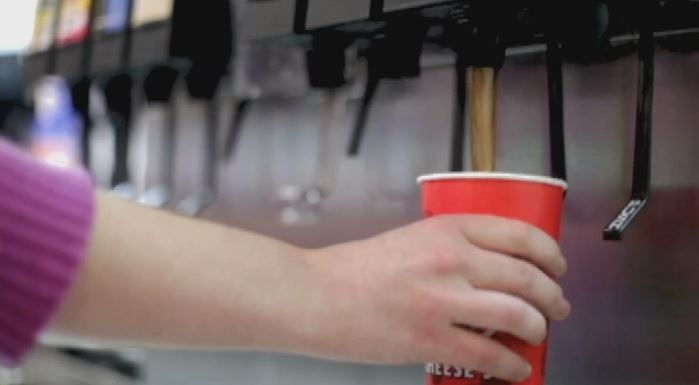 While Montreal's city council has passed a motion looking to ban sugary drinks in municipal buildings, not all borough bosses believe it's a workable measure.

Some veteran councillors who voted against it earlier this month won't be drafting those types of rules for their own districts, saying they go beyond their competency as municipal politicians and would prove difficult to enforce.

"I'm for prevention, I'm for an excise tax where it would help fund the health system like tobacco," said Luis Miranda, mayor of the eastern Montreal borough of Anjou.

A working group is expected to look at how to phase the ban on sports drinks, energy drinks and flavoured water into the city's 19 boroughs.

Miranda said such restrictions would create problems for different groups -- youth sports teams, for example, which often have sponsorships with drink companies.

Councillors from the borough of LaSalle also voted against the ban, with Mayor Manon Barbe saying she'd rather see education for citizens instead of having decisions imposed on them.

LaSalle introduced a health policy in 2008 that required 30 per cent of menu items in public buildings to reflect healthy choices, but nothing was banned.

They've since been replaced with vending machines that offer healthy alternatives as well as the usual fare.

"I don't want to have to choose for citizens," Barbe said. "When I do my groceries, no one tells me what to put in my shopping cart."

The motion presented at Montreal council began as one that called on Ottawa to introduce a national excise tax on sugary drinks -- something all Montreal councillors supported.

Several public health groups have also pushed the idea of an excise tax.

In May, organizations including the Heart and Stroke Foundation, the Canadian Cancer Society and the Childhood Obesity Foundation touted the "health and economic benefits of a sugary drink levy" after having commissioned a study by the University of Waterloo.

Researchers at the University of Toronto also came out in favour of a tax on sugary drinks in Canada, among other measures, to improve eating habits.

The World Health Organization recommended a tax of at least 20 per cent in a 2016 report.

In Canada, the Northwest Territories government said this year it was considering a sugar drink tax to help fight obesity.

The federal government has looked at the pros and cons of such a tax, but didn't include it in its 2016 budget, Finance Department briefing documents suggested.

But the Canadian Beverage Association has called the Montreal excise tax motion disappointing, noting that studies demonstrate the consumption of sugar-sweetened beverage calories has dropped by at least 30 per cent since 2004 without a tax, even as obesity rates have risen.

Barbe said the fact she and some colleagues voted against the motion doesn't mean they're against health initiatives -- just that they believe it's a job for the provincial and federal governments.

"Where is it going to end? I don't want to find myself in a position where I'm playing the part of the sugar police," Barbe said.