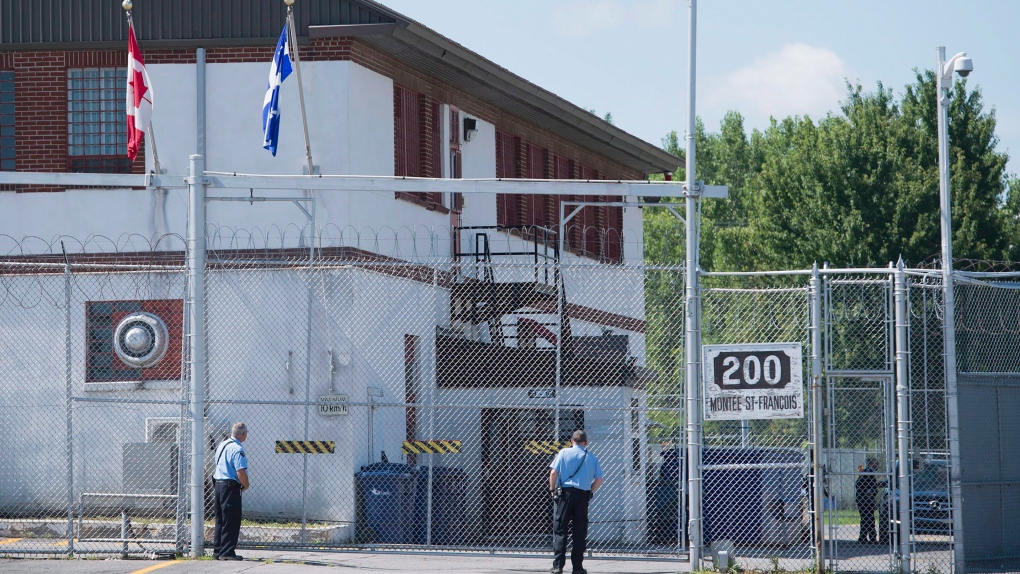 MONTREAL -- Migrants held in detention facilities in Quebec and Ontario have been increasingly given the option to leave during the COVID-19 pandemic—if they agree to wear electronic ankle monitors.

While the Canadian Border Services Agency describes this as a “temporary measure,” some who work with migrants in detention say they’re worried it’ll turn out to be more of a slippery slope, and that the bracelets simply aren’t necessary.

“They’re hoping to sneak this by everyone—something that would never stand in any other context—while everyone's paying attention to the pandemic,” said David Zinman, a member of the Montreal group Solidarity Across Borders.

Zinman said the bracelets amount to “an enormous expansion” in surveillance and control of migrants, and that there’s no transparency around the extent to which they’re being used.

For the vast majority of migrants held in detention facilities, the perceived risk they pose isn’t a security risk, but rather a flight risk—for most, a CBSA agent has flagged them at some point as someone who may not show up for hearings or for a deportation order.

Not unlike prison inmates, they have periodic hearings where they can argue for release and, like someone trying to get parole, must present a plan showing where they’ll live and how they’ll stay in touch with authorities.

In March, several migrants being held at the Laval Immigration Holding Centre, north of Montreal, went on hunger strike to protest being held there through the pandemic.

Since then, all but two or three people have been released from the holding centre, said Zinman—but an unknown number of them were asked to wear electronic tracking in order to do so.

“Given the current COVID-19 situation, the CBSA has introduced temporary measures guiding the use of detention and the consideration of alternatives to detention,” a CBSA spokesman wrote in a statement.

“Detention should be considered only in exceptional circumstances,” he wrote, when no “reasonable” alternative can be found.

In the pandemic, officers are also being asked to “explore all viable alternatives” to detention in every case where there’s no public safety concern.

“The CBSA’s Electronic Monitoring program is currently being used in the Greater Toronto Area and Quebec regions,” he continued. Eligibility is determined by the specifics of each individual’s case.

In Quebec, the provincial chapter of the John Howard Society has a contract to help manage the release of higher-risk detainees, according to its president, Jean-Claude Bernheim.

His organization is currently working with two people who are wearing the bracelets, he said.

In both cases, the deportations were imminent but had to be delayed while borders were closed due to COVID-19.

However, since the John Howard Society doesn’t work with all detainees who are released, Bernheim said there could be others who had agreed to the same terms. He said he personally hopes they’re no longer used or needed after the pandemic.

“In our view, there's no reason to use them” in normal times, he said.

A NEW MEASURE IN QUEBEC

The use of ankle monitors isn’t new everywhere: they were first introduced in a pilot project about four years ago in the Toronto area. But this is the first time they’ve arrived in Quebec. And one Toronto immigration consultant said that prior to the pandemic, their use was waning in Ontario.

Over the course of the Ontario pilot project, the various parties involved in the system ended up finding “they’re not actually useful,” said Mac Scott, an immigration consultant with the Toronto law firm Carranza LLP.

“In Toronto they're not widely used” at this point, he said.

“I understand it's being more introduced in Quebec.”

But Toronto is set up differently than most of Canada when it comes to migrant releases. It has a non-governmental organization called the Toronto Bail Program that helps migrants arrange the conditions necessary to be released.

Other parts of the country have no such organization, leaving fewer options for most migrants who otherwise qualify to leave detention.

Bernheim said that it can be hard to arrange a convincing enough release plan for migrants—the kind of plan that wouldn’t be conditional on an ankle monitor—because many of them aren’t legally allowed to work.

“The problem is that the people who leave the centre in Laval often don't have status,” he said. “Consequently, they don’t have money, and the problem is they don't have family here, nowhere to stay, no one to welcome them.”

But Scott said the opposite logic also applies, as people in the field learned in Toronto. For migrants who are able to work, “it's very hard to get work if you have an ankle bracelet around your ankle,” he said.

He said he had the impression from talking to colleagues that only “a handful” of the bracelets had been used in total in Quebec so far, but said he hopes it’ll stop.

“This is their version of ‘alternative,’ but it's not right,” he said.

Zinman said it came “way out of left field that they're doing this,” and that it is not an acceptable solution during a time of emergency.

The anklets are just one more step in a pattern of making migrant detention more and more similar to the criminal justice system, the advocate said, when they’re fundamentally different.

Some migrants are also held in provincial prisons simply due to a lack of space at the migrant detention centres, and Zinman said that Solidarity Across Borders was aware of, as of late April, at least 15 people still living in a prison in Rivière-des-Prairies in eastern Montreal.