Solidarity Across Borders announces seven-day march from Montreal to Ottawa 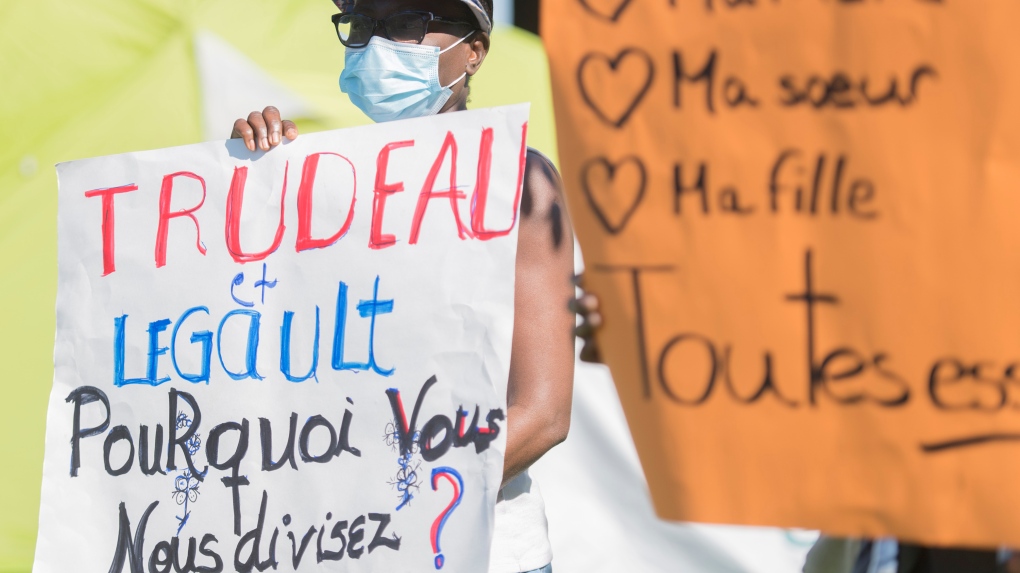 MONTREAL -- Undocumented migrants and their allies will march from Montreal to Ottawa for seven days this summer to demand a "full and ongoing" regularization program for non-status migrants, the group Solidarity Across Borders announced Saturday.

"Mr. Trudeau, we are tired of waiting. We are coming,'' the organization wrote in a news release announcing the "historic march" scheduled for July 18-25.

Other pressure groups have indicated that they will take part in the march, including the Federation des femmes du Quebec, which says it denounces the "hypocrisy" of governments and systems that profit from the "exploitation" of undocumented workers who keep society running while suffering "the constant fear of deportation.

Non-status residents are disproportionately affected by the housing shortage as they cannot access subsidized housing in Quebec, said the Front d'action populaire en reamenagement urbain (FRAPRU) in announcing its participation in the event.

"People should be able to access social housing, regardless of their immigration status. It is one of the only bulwarks against discrimination and an alternative to the abuses of the private market," wrote FRAPRU organizer Youssef Benzouine.

In January 2020, thousands of migrants left Honduras in the hope of reaching the United States. The journey of their caravan, which spanned weeks, attracted worldwide attention.