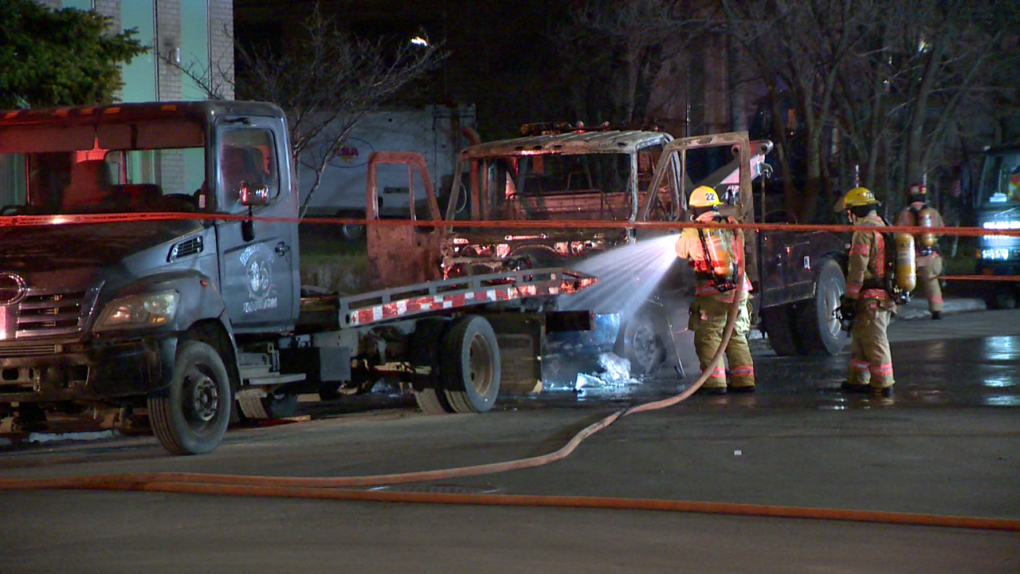 MONTREAL -- Two tow trucks located 500 feet apart were found in flames in Saint-Leonard on Wednesday night at the intersection of du Creusot and Magloire Streets.

Four cars parked near the tow trucks were also significantly damaged by the fire.

Police and firefighters were called to the scene around 11 p.m. Wednesday night and as of midnight, the cause of the fire was still unknown.

"There was nothing found on scene, but it was very strange," Matthew Griffith from the Montreal fire department told CTV News on Thursday morning. "You have two trailers burning 500 feet apart at the same time. If one caught fire because of an electrical fault or something, is one thing, but two of them is pretty suspicious." 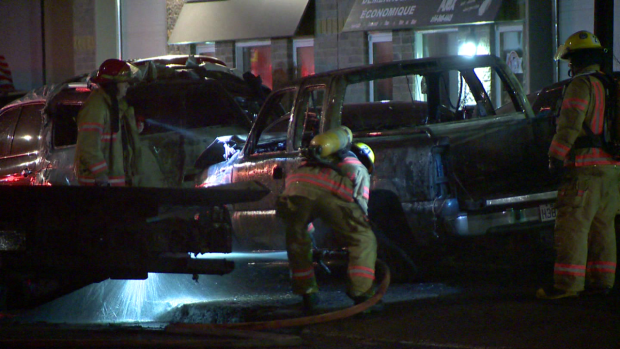 The investigation has been turned over to the SPVM’s fire investigation squad. On Thursday morning, the SPVM said it will likely tow away the affected vehicles to analyze them in order to determine how the fires were started.