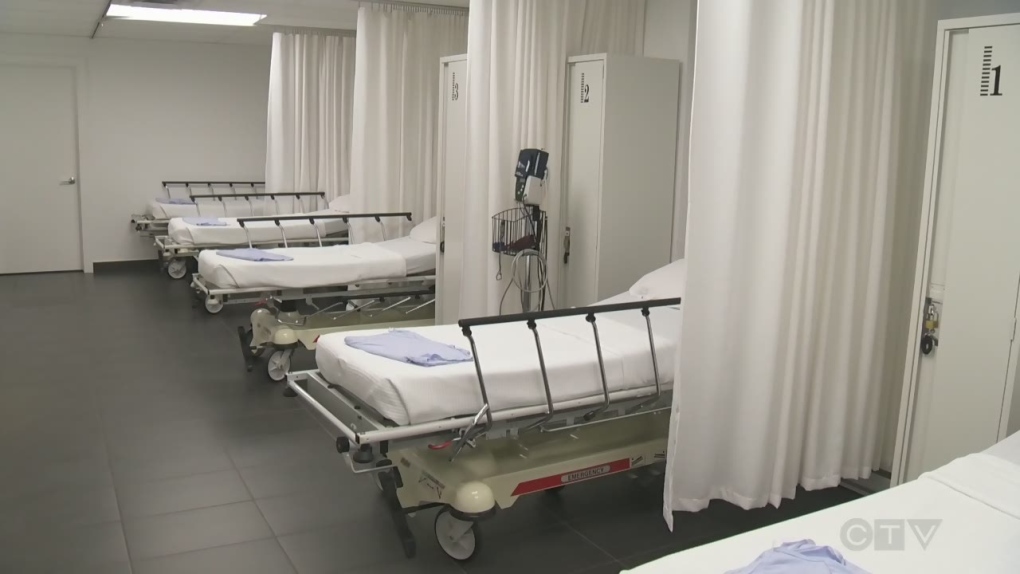 MONTREAL -- Quebec government is working on a plan to allow journalists some access to hospitals and health-care facilites after an open letter by the province's media outlets.

In the letter, a big group of Quebec publications called on François Legault's government to open the doors of hospitals and long-term care facilities to journalists. Reporters have been repeatedly denied permission to enter health-care facilities to carry out their work.

A "real war" against COVID-19 is being waged inside hospitals and every citizen has the right to be duly informed of what is happening, they argued in an open letter published Tuesday. Media in other provinces generally get this access.

In response, Quebec Public Health Director Dr. Horacio Arruda said in his afternoon press briefing that health authorities have heard the critique and are working on a solution.

"We're very open to people's requests," he said. "Right now we're at war against the virus.. which would have us forbidding people even to going to see their... loved ones," he said.

"So we wanted to be prudent, but we understand the situation," he said.

The province plans to allow some media some kind of access, with protocols in place, Arruda said, adding that he hopes to have a more detailed announcement shortly.

These media outlets are criticizing the fact that, that since the beginning of the pandemic, journalists have only been able to enter hospitals and long-term care homes on very rare occasions, with hardly any exceptions.

In the majority of cases, journalists have had to report on conditions from outside the hospital on orders from public health and the Ministry of Health, they wrote.

They point out that this refusal is all the more astonishing given that, generally speaking, hospital management and health-care personnel have agreed to welcome journalists, photographers and camera operators inside.

Essentially, this is the problem: 'We cannot bear witness to reality," said François Cardinal, deputy editor of La Presse, in an interview.

The news outlets that signed the letter say it has become clear that these images and stories are essential.

"In March 2020, the entire planet understood the magnitude of the developing health crisis when it saw the dramatic images that came to us from Italy," they said in their letter.

That month, images of patients crammed into corridors, some of them hooked up to large machinery, and exhausted doctors and nurses, some of whom were in tears, with scabs and bruises visible on their faces from wearing their masks for too long.

"Photos and videos showed patients crammed into hospitals, many of them intubated, while distraught doctors bore witness to the seriousness of the situation," the letter said.

"These images raised more awareness of the seriousness of the situation than any WHO press releases on COVID-19."

One Quebec media leader said that reporting remotely doesn't have the same effect.

"Expert interviews via Skype are not enough," said Luce Julien, director-general of information at Radio-Canada, in an interview.

The media aren't asking for a free pass, she explained; they simply want to show what's going on inside the walls of health-care institutions, so that Quebecers can understand what is going on in there.

People are told that the intensive care units are overflowing, "but you can't see anything," said Julien. So people remain removed from the situation and it becomes difficult to understand its severity.

Cardinal added that pictures and words from the field can help people understand.

Cardinal said it's difficult to understand why the government continues to refuse media access to hospitals, while simultaneously trying to convince skeptics of the serious consequences of COVID-19, and also seeking the population's support for lockdown measures such as the recent curfew.

The government, too, "could benefit from the circulation of images from the front lines," he said. "This can be used to raise awareness among those who may be tempted to minimize the risks of COVID."

And it would also be a way to pay tribute, in a way, to the health-care staff who have been devoted to the matter for almost a year, Julien added.

While the government and public health officials use the risk of contamination as a reason to keep doors closed, Cardinal pointed out that the pandemic is happening all around the world, but other countries give much freer access to the media.

Julien also pointed out that Radio-Canada correspondents have been able to do such reports abroad, while in Canada access has often been denied.

Cardinal and Julien were very clear: journalists will, as they have been doing since the beginning, respect public health and show the health-care staff and patients the respect they deserve.

Why ask this now? Because more and more people are asking the media why they don't show the impact of COVID-19 on the ground, Cardinal said. And also because there is "less and less access," added Julien.

It's not an attack on the government, she said. "It's a plea to better inform the public."

This report by The Canadian Press was first published Jan. 26, 2021.

--With files from CTV News