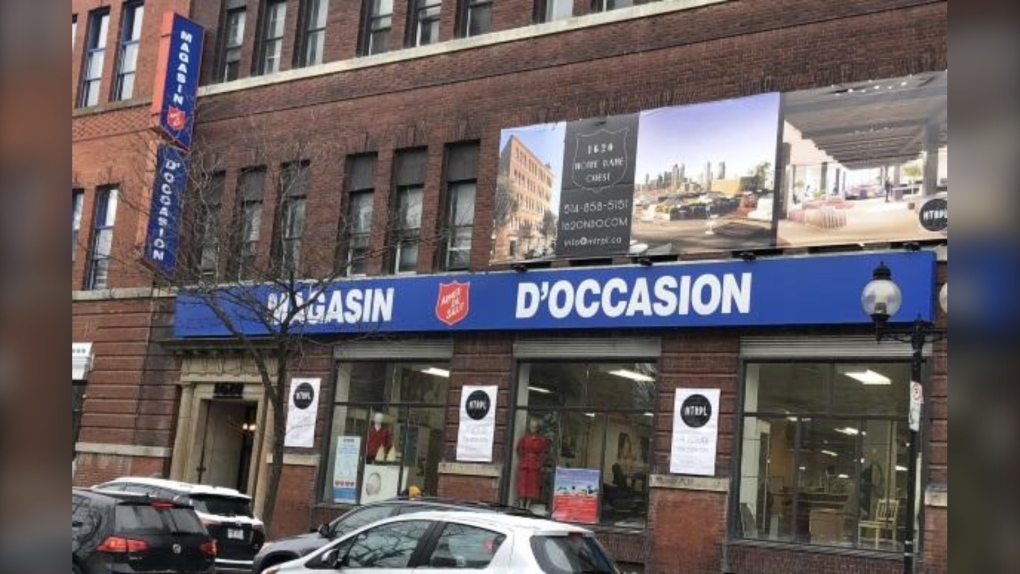 MONTREAL -- The Salvation Army has been operating community services in the Griffintown area for nearly 70 years and now, one of its key services is shutting down.

Its thrift store on Notre Dame Street near Guy is closing on Saturday. The building was owned by the Salvation Army since 1948. A developer purchased it in March of last year. A mixed development including office space, stores and condos is planned for the site.

"It's sad because there's a lot of people here, (it's) very busy. And where they have the other stores, I can't walk to," said one customer.

"It bothers me a lot. We don't want it to close. It penalizes us who live in the neighbourhood. It's too bad," said another client.

An employee who did not want to be recorded said she feels as if they couldn't be pushed out fast enough.

The Salvation Army said in a statement that the thrift store was no longer financially viable.

"The Salvation Army has been a landmark at this location since originally opening as a men’s shelter in 1948 before becoming a Thrift Store in 1997," the statement read. "We approach the decision to close with compassion and are doing our best to ensure our team and guests are respected and cared for throughout this transition period. We extend our sincere gratitude to the community for their support, and remain committed to helping individuals and families in need in Montreal."

The thrift store will close on Jan. 18, but the organization said its six other nearby locations would be open, including a thrift store in NDG opening on Jan. 30 that had been relocated.

There are 10 other thrift stores scattered throughout the province, with four other locations in Montreal. The NDG store at 6112 Sherbrooke W. is reopening January 30. The Gatineau store closed in 2016.

With files from Elizabeth Zogalis.