Road washed out in Brome Lake 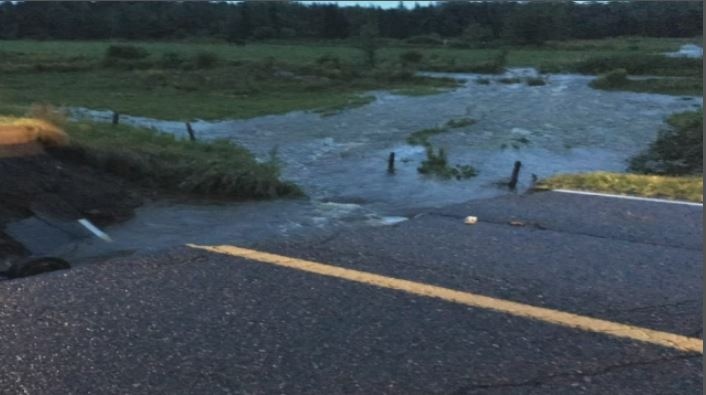 Two cars became trapped in a water-filled crater that opened up on Fulford Road in Lac Brome following a landslide in the early morning hours of August 8th. Two people were hospitalized. (Photo: Energie 94.3)

Two drivers were hospitalized after their vehicles became trapped in a water-filled crater caused by an early morning sinkhole in Brome Lake.

Police received notice that two vehicles were in the water on Fulford Road in Brome Lake at 3:30 a.m.

In a press release, officers from the MRC Brome-Missisquoi said the crater is approximately "the size of a river."

Both drivers were pulled from their cars and transported to hospital - a man in his twenties, who sustained minor injuries, and a woman in her 70s who was more seriously injured, police said.

The road was closed to traffic.