Reliance on equalization not a factor in Quebec's low productivity rate: author 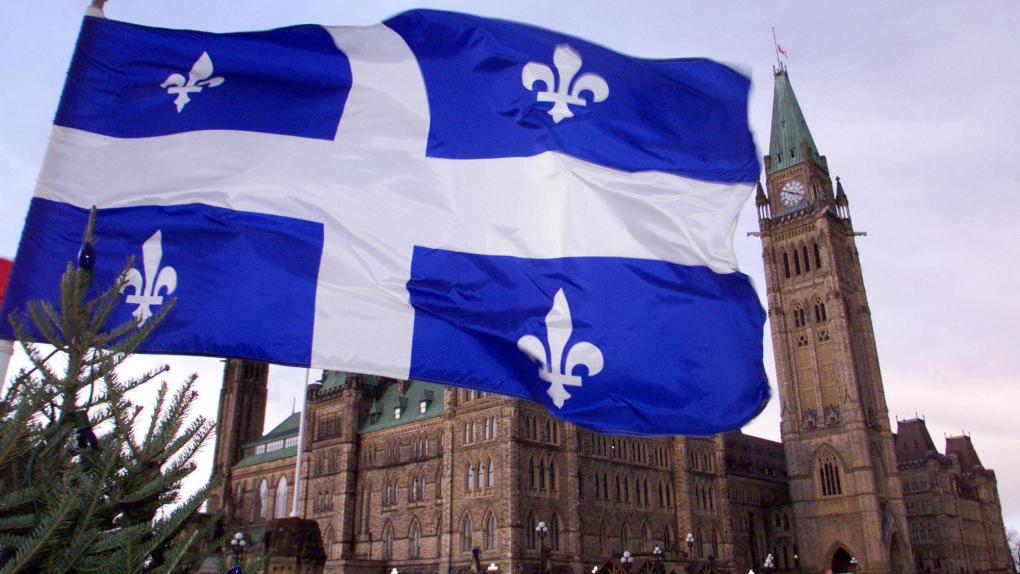 Despite low unemployment and a strong economy, Quebec continues to have problems generating wealth and its citizens have less money to save and spend compared with Canadians in every other province, says a new report by Université de Montreal's business school.

One of the main reasons for the province's relative poverty lies in its low productivity, said Robert Gagné, co-author of "Productivity and Prosperity in Quebec," published Monday. His research indicates "one hour worked in Quebec generates less wealth than one hour worked elsewhere in Canada."

Quebec needs to better educate its workforce, stimulate private investment and encourage innovation to catch up with the rest of the country, Gagné said in an interview.

Conservative-leaning politicians across Canada, however, make another argument: Quebec suffers from its over reliance on equalization payments.

As the provincial election in resource-rich Alberta is set to begin and with a federal election a few months away, Quebecers are likely going to hear a lot more about how they are unduly benefiting from the wealth generated by higher-earning Canadians.

Just don't tell that to Gagné. "I don't know anyone who says, 'I won't make an effort, because either way, we'll get equalization.' It's not true," he said in an interview.

Under the federal government's equalization program, Ottawa redistributes part of the tax money it collects to poorer provinces to ensure citizens across the country are offered comparable services. Quebec is set to receive more than $13 billion in equalization payments this fiscal year, while Alberta will receive none.

One of the main policy proposals of Quebec MP Maxime Bernier, leader of the People's Party of Canada, is to make equalization "less generous." He argues Quebec refuses to develop its oil and shale gas potential and to take other measures to increase productivity because it can count on equalization.

Conservative MP Michelle Rempel, who represents a Calgary riding, tweeted over the weekend she was bringing a petition to the House of Commons containing thousands of signatures calling on the Liberal government to review the equalization formula. The petition states, in part, "the government of Canada discriminates against provinces that choose to develop their natural resources while rewarding those who rely on government transfers as opposed to diversifying their economies."

Jason Kenney, leader of Alberta's United Conservative Party, has singled out Quebec in arguing that the current equalization formula treats his province unfairly. In December he tweeted, "suffering Alberta continues to transfer wealth to a province blocking the source of our wealth," referring to Quebec's opposition to a new pipeline on its territory.

Quebec Economy Minister Pierre Fitzgibbon said his government is taking steps to address the productivity gap, modifying the role of the province's investment agency so small and medium-sized business have capital to invest in manufacturing technologies.

He also said his government wants to create a closer link between universities and the private sector in order to have graduates better trained for the needs of the market.

"I don't want to criticize the past," Fitzgibbon said in an interview Monday, but he added that small and medium-sized businesses in outlying regions are key to the Quebec economy. "And I think we have forgotten the regions. These people need programs, and I think it's there we need to help, and it's there we can make a difference," he said.

Premier Francois Legault will have the opportunity to address Quebec's low productivity with his government's first budget on Thursday. Despite its relative poverty, Quebec has had several back-to-back balanced budgets with billion-dollar surpluses.

Gagné said Canada is a large, decentralized country, and as such it needs a system to redistribute wealth.

"If we want Canadians to have comparable services, well then we need equalization," Gagné said. "The day we don't have equalization then there won't really be a reason to have a country. If we don't want to help each other out, then why should we stay together?"

-- With files from Pierre Saint-Arnaud