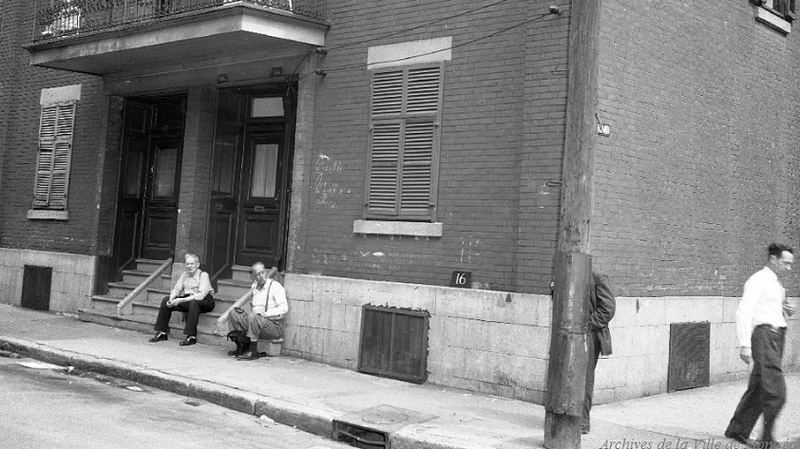 This City of Montreal archives photo, shot in 1957, shows a scene from the now demolished neighbourhood.

MONTREAL - A rarely-seen section of Montreal’s downtown core, demolished after an epic political battle in the mid-1950s, has been put on display in a series of over 100 photos posted online by the City of Montreal archives.

Drapeau disliked the province’s Dozois Plan, which Premier Maurice Duplessis favoured as a method of replacing the entire area with social housing.

Mayor Drapeau aimed instead to have the east side of downtown attract the same sort of investment as the west side was enjoying and saw the massive social housing project as a barrier to his goal.

Drapeau’s opposition flavoured the 1957 election, which he lost to challenger Sarto Fournier.

It would be the only mayoral election that Drapeau would ever lose and he was back in power in 1960, too late to stop the Jeanne Mance Housing project from getting built.

The social housing project, complete with parking spots for the poor, stands on the land to this day.

The Red Light,as the area was known prior to demolition, had a reputation for vice and spawned such characters as Monica Proietti, also known as Machine Gun Molly, who was gunned down on a bank heist getaway. Proietti turned to theft after many members of her family died in a fire in the neighourhood.

The photos - which were featured in the city's recent Disappeared Neighbourhoods display - provoked at least one viewer to suggest that the images were evidence that many of the structures were not in such bad shape as to require demolition.

The slum clearance approach was subsequently not carried out in Montreal to the same extent as it was in other cities.