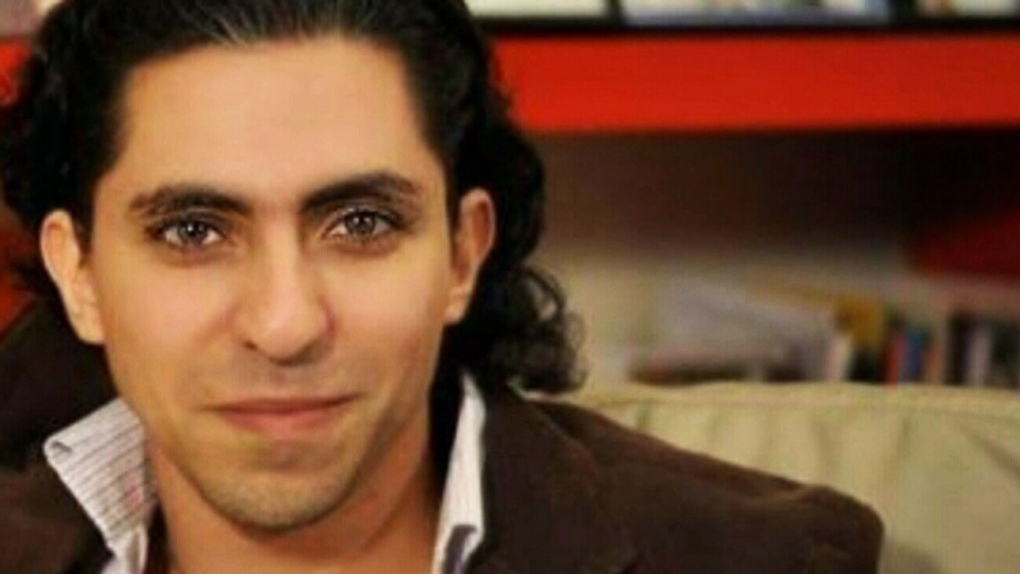 MONTREAL -- Blogger Raif Badawi -- who has been in prison in Saudi Arabia for eight years -- was the subject of assassination attempt, according to his wife.

In a message posted on Twitter Sunday, Ensaf Haidar shared worries concerning her husband who is detained in the Dhahban Central Prison near Jeddah, in Saudi Arabia.

“My husband, Raif Badawi, was subject of an assassination attempt inside prison by a prisoner who was arrested because of being member of a terrorist group,” the tweet says. “The case was referred to the Public Prosecution. Raif is on an open hunger strike because he doesn’t feel protected in jail.”

My husband, Raif Badawi, was subject of an assassination attempt inside prison by a prisoner who was arrested because of being member of a terrorist group. The case was referred to the Public Prosecution. Raif is on an open hunger strike because he doesn’t feel protected in jail pic.twitter.com/XV9nKo70Bx

On Monday, Haidar told The Canadian Press she spoke to her husband over the phone for five minutes on Saturday.

"The attempted assassination took place a few weeks ago, I believe, but I don't know exactly when. I don't have many details because the conversation with Raif was very short," she said.

Haidar also explained she sometimes goes months without hearing from her husband because he rarely receives permission to call her.

Badawi shares a cell with about 15 prisoners, including terrorists, Haidar says, which makes her very nervous.

In an email exchange with The Canadian Press, a spokesperson for Global Affairs Canada did not confirm the information, but still expressed concern.

“The Government of Canada is extremely concerned about the case of Raif Badawi. We have raised it to the highest level and we have repeatedly called for leniency to be granted,” said Patricia Skinner of the media relations department.

Skinner said Ottawa remains in contact with Haidar and would like to see Badawi reunited with his family, and that Global Affairs Canada continues to raise “concerns about his situation in Riyadh and Ottawa.”

Badawi was sentenced to 10 years in prison and 1,000 lashes, was banned from journalistic activity and travel for 10 years, and fined three million riyals – or approximately the equivalent of CAD $1.05 million – for creating an online forum to discuss social issues in Saudi Arabia.

Badawi has not seen his wife and three kids for eight years. The four are refugees in Sherbrooke.

In January, lawyer and former federal deputy Irwin Cotler said he feared for the life of the blogger and his former lawyer, Waleed Abu al-Khair, who both went on hunger strike in detention in December. Cotler, from the Raoul Wallenberg Center for Human Rights, wrote a letter on their behalf to the United Nations (UN) for an emergency intervention.

This report by The Canadian Press was first published Aug. 31, 2020.