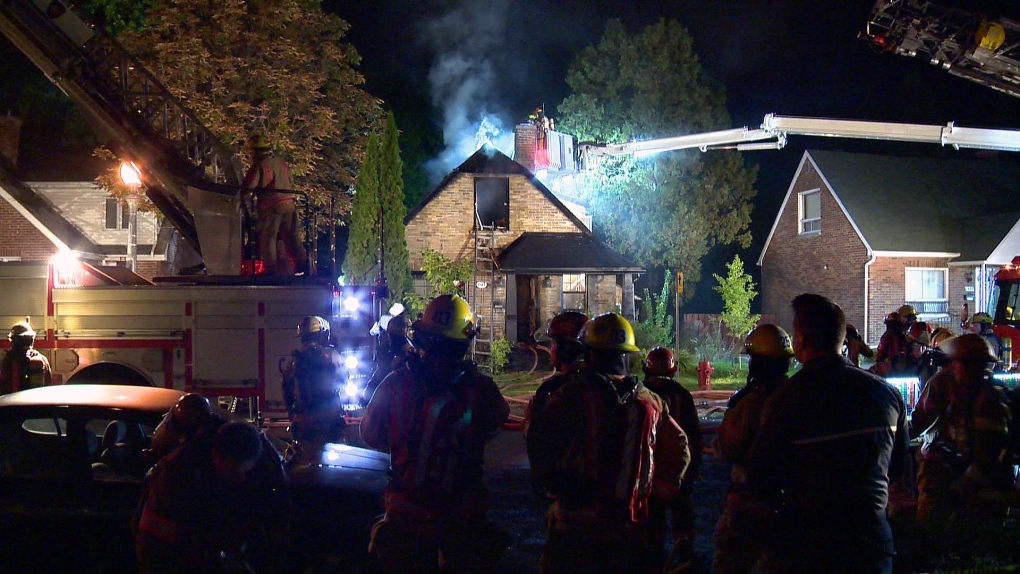 Firefighters work on a house fire in Verdun on Oct. 13, 2016 (CTV Montreal/Cosmo Santamaria)

Montreal crews battled a two-alarm house fire overnight in Verdun that was started by a rag.

The fire started around midnight behind a two-storey house on Foch St. near Churchill St. and quickly spread to the home.

It took about 90 minutes to put out the flames, but by that point extensive damage had been caused.

Firefighters determined that a rag tossed in a garbage can had spontaneously ignited. The rag had been soaked in some flammable substance that was being used for work on the house.