Quebecers account for nearly half the sales of electric vehicles in Canada: why? 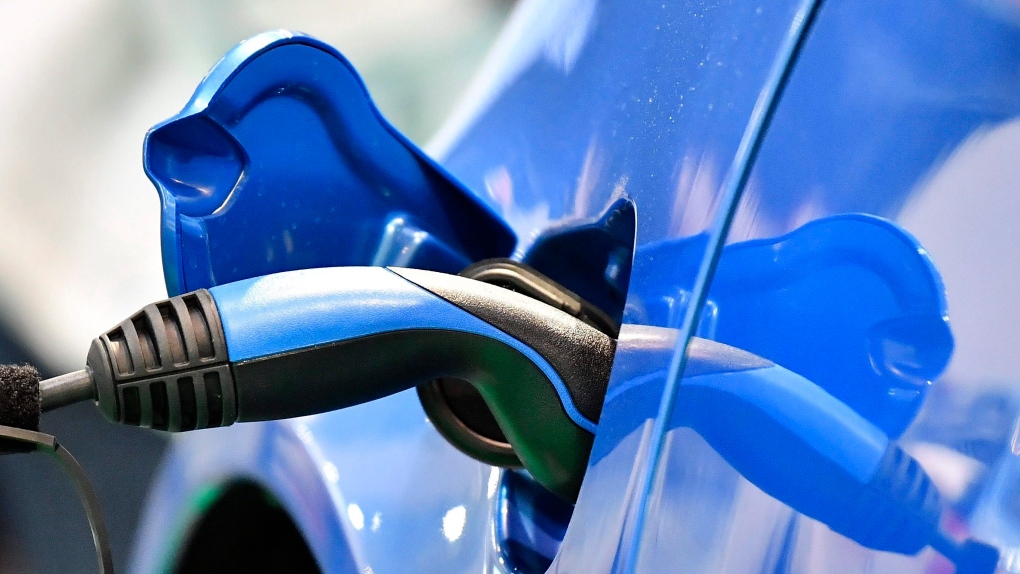 FILE - In this Nov. 29, 2019 file photo, an electric car is charged at the Essen Motor Show fair for tuning and motorsports in Essen, Germany. (AP Photo/Martin Meissner, File)
MONTREAL -

Between 70 and 75 per cent of motor vehicles sold in Canada will have to be zero-emission vehicles (ZEVs) by 2030 if the federal government is to meet its greenhouse gas emission targets, according to a report by the CD Howe Institute earlier this month.

Currently, only 3.5 per cent of vehicle sales in Canada meet this criteria.

Nevertheless, a number of provinces are making efforts to ramp up electric vehicle sales — and it seems Quebec is leading the charge.

A whopping 46 per cent of registered electric cars in Canada are in Quebec, according to the Association des véhicules électriques du Québec (AVÉQ).

The highest per-capita rate of electric vehicle registrations is in British Columbia at 8.4 per cent; Quebec follows closely behind at 6.8 per cent.

“People in Quebec pay a lot more attention to the environmental impacts of their choices and always voice their opinion positively towards making those changes to help out,” said Simon-Pierre Rioux, president of AVÉQ.

This alone doesn’t always mean Quebecers will make the most environmentally-friendly choice, he notes.

“One of the reasons why we’re starting to see this change is because people are seeing that there is a financial advantage [to] driving an electric car,” he explained.

To incentivize more Canadians to buy greener cars, the federal government is offering rebates on the purchase of zero-emission and hybrid vehicles:

Longer-range PHEVs have a higher battery capacity, meaning they can be powered by more electricity than shorter-range PHEVs.

The federal government defines longer-range hybrids as having a battery capacity of at least 15 kW/h — any capacity lower than that is considered shorter-range.

Quebec has also established provincial incentives, which can be combined with federal rebates for maximum savings:

Other provinces and territories offer financial incentives as well, but none are as high as Quebec, he adds.

Made with Visme Infographic Maker

After provincial and federal rebates, that price can go as low as $31,298 in Quebec.


The price of long-range PHEVs in Quebec can drop even more, when compared to the rest of the country.

The Hyundai Clarity is one example, with a starting price of $44,505.

Quebec is also the province with the least expensive electricity in Canada, which makes driving an electric car especially affordable, said Rioux.

“[It] means running your electric car on 20,000 kilometres a year will cost you about $300 of electricity at home,” he explains, noting this will depend on the car model and how much energy it consumes per hour.

On average, electricity in Quebec costs $0.073/kWh. By comparison, Manitoba is the second most affordable at $0.099/kWh, followed by B.C. at $0.126/kWh. Electricity is most expensive in the Northwest Territories at $0.382/kWh.

Although electric cars may cost more up front, Quebecers will save money in the long run if they make the switch, said Rioux.

Quebec and B.C. are the only provinces in Canada to have zero-emission vehicle (ZEV) standards, which require a rising percentage of vehicles to be zero or low-emission. As a result, automakers must provide a certain amount of electric vehicles in order to maximize sales in these provinces.

“What we see right now is [that] all new electric models are always offered first in Quebec compared to other provinces,” said Rioux. “It’s simply because we have a zero-emissions mandate, which punishes manufacturers that do not sell enough electric cars in the province.”

Auto manufacturers also earn credits for the sale of zero or low-emissions vehicles in Quebec, which vary depending on its range.

Manufacturers can then sell these credits to competing automakers who do not meet the province’s ZEV standards to avoid government fines.

This means that, though buying electric vehicles in other provinces can be challenging due to supply issues, Quebecers have numerous options to choose from.

"The fact that we're also putting a lot of time and effort into fast-charging stations is extremely helpful," said Rioux, addressing Wednesday's announcement that Ottawa is investing $9.5 million to install 215 fast-charging stations across Quebec by the end of 2022, with Hydro-Québec contributing an additional $10.7 million.

On Wednesday, it was also announced that an additional $1.264 million grant would be given to Hydro-Québec for the research and development of ultra-fast charging stations — an over $3 million project that already has contributions from Quebec and the Crown corporation.

Quebec currently has approximately 2,000 charging stations, with 500 of them being fast-charging.

"Fast charging stations are extremely important to allow complete freedom and give the equivalent freedom that a gas car gives you," said Rioux.

Despite that fact that electric vehicles are becoming increasingly popular, there's still a long road ahead until Canada's zero-emissions targets are met.

Quebec is doing more than most other provinces in terms of electric vehicle sales, but is it enough to make a real difference?

According to Rioux, yes — as long as we stay on track.

"As long as car manufacturers keep offering new models and inventory, then yes we'll definitely be able to keep up," he said. "We want to make sure that the incentives keep going."