Quebec woman injured when chunk of ice flies off truck, smashes her windshield

MONTREAL -- A woman who lives on the West Island of Montreal is pleading with drivers to properly clean off their cars after she suffered facial injuries when a chunk of ice smashed through her windshield.

She was driving on Highway 40 westbound during rush hour on Friday afternoon when a piece of ice flew off a truck in front of her.

"It smashed the windshield in its entirety, almost. It came through, hit me in the face. At that point, there was glass and large chunks of ice all over the vehicle."

"This could end up very badly at some point for somebody," she said.

She said she was on her way home from work on Highway 40 west near the Morgan exit on Wednesday when a "piece of ice flew off a big rig."

Her windshield needs to be replaced, she said in her post. 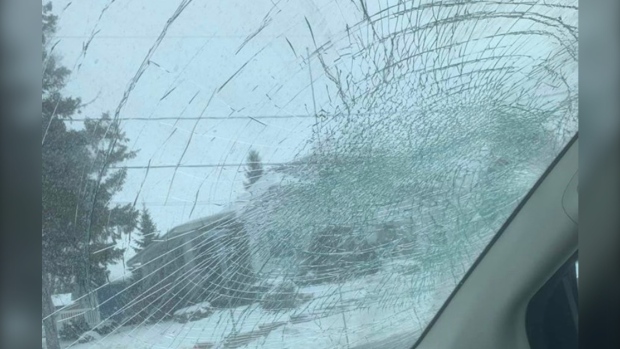 Last Thursday, Martin Burger was driving from Arnprior, Ont. to Pembroke when a piece of ice broke through his windshield, leaving him injured. 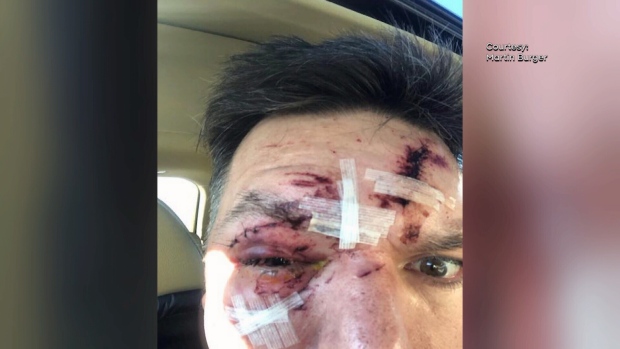 IT'S A DRIVING VIOLATION

Having snow or ice on your vehicle is a violation of Quebec's Highway Safety Code – and can come at a steep price.

"A peace officer may impose you a fine of $100 - $200 if he has to ask to remove all the snow or ice on the windshield or the windows," explained Mario Vaillancourt, spokesperson for the province's automobile insurance agency, the SAAQ.

It's a crucial part of the course, said Dubois.

"Every morning, the first thing we do is tell the student we'll do snow removal or ice removal from the truck," he said.

Ultimately the responsibility falls on the driver, and if a truck is covered in ice and they're running late, it's their call to make.

"The right decision is to call his boss and say, 'Listen, I can't go on the road because there's too much snow or ice.' It can be dangerous," he said. "But that's not the reality. Some of them will take that risky decision."