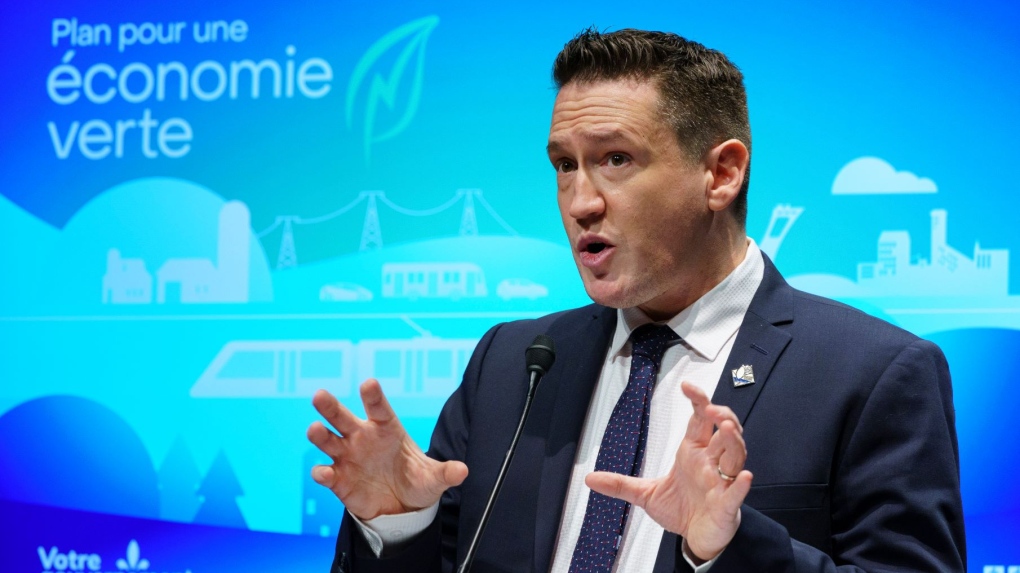 Quebec will soon announce a financial contribution to the most vulnerable countries to help them fight and adapt to the climate crisis, one of the major themes of the COP2 conference.

In an interview with The Canadian Press prior to his departure for Egypt, Minister Benoit Charette indicated that his government will take advantage of the United Nations climate change conference to announce "significant commitments to climate justice," without specifying the details of the contribution.

The issue of climate justice for the countries of the south, which suffer more from the effects of climate change while also often the ones who contribute the least to it, is at the heart of the discussions at COP27.

"We have seen it there for two years, it is a theme that is gaining importance, so Quebec will make its contribution. As for the amounts and the purpose of these commitments, I will have to ask you to be patient for a few more days,'' said the Minister of the Environment, the Fight against Climate Change, Wildlife and Parks.

"Clearly, we are hearing this signal from several countries in the south, who say they are experiencing the effects of climate change directly," added the minister, who is scheduled to fly to Egypt on Thursday.

The head of the United Nations Development Programme (UNDP) warned Wednesday that many poor countries are struggling to raise funds to fight climate change because of their heavy debt burden.

He said one of the proposals being discussed at the U.N. climate summit is to cancel some of the countries' debt if they commit to investing in clean energy projects and adapting to global warming.

So far, there hasn't been much progress on this issue, Steiner said.

An analysis by his agency showed that developing countries are investing several times the amount of money they receive from developed countries in climate action.

Steiner said a recent estimate of the money needed to fight climate change is between US$1 trillion and US$2 trillion per year, a fraction of the world's total wealth of US$430 trillion.

"Are we really unable to direct public and private financial flows to the tune of $1 trillion or $2 trillion, essentially saving humanity and our economies from the extraordinary disasters that are beginning to unfold?" he asked.

This report by The Canadian Press was first published in French on Nov. 9, 2022.

Ten food trend predictions for 2023, according to Yelp

What trendy things will we be eating and drinking next year? Predictions for the top 10 food and beverage trends of 2023 were revealed recently by review site Yelp.

When a B.C. metal artist was asked to create a giant sculpture with Elon Musk's head on the body of a goat riding a rocket he had no idea who would want to create such a thing or why.

San Francisco will allow police to deploy robots that kill

Supervisors in San Francisco voted Tuesday to give city police the ability to use potentially lethal, remote-controlled robots in emergency situations -- following an emotionally charged debate that reflected divisions on the politically liberal board over support for law enforcement.

Thousands asked for it while he was leader and now Jason Kenney has done it, announcing his resignation as a member of the Alberta legislature on social media Tuesday.