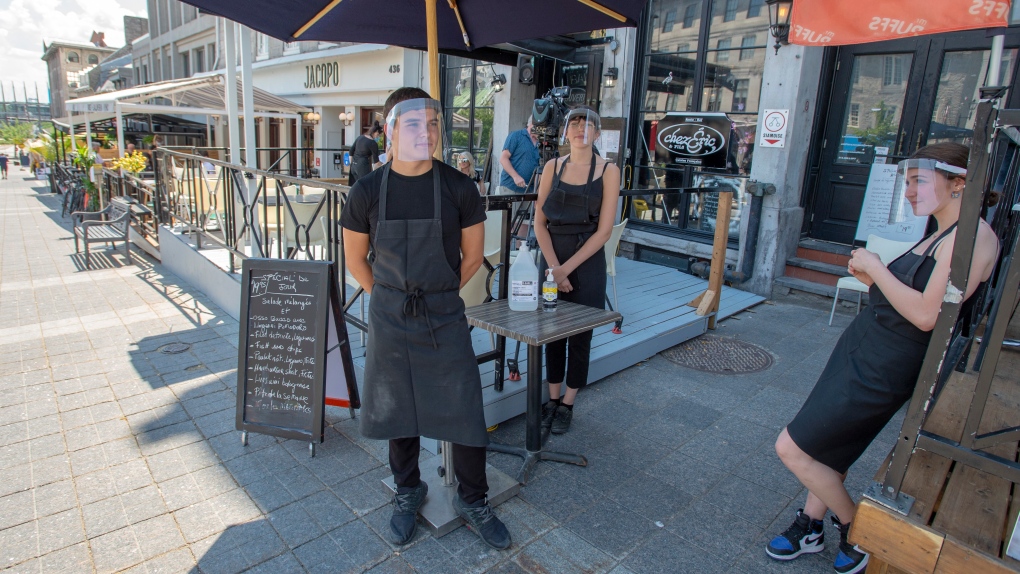 Staff at Chez Eric in Place Jacques Cartier wait for customers as restaurants in the greater Montreal area are allowed to re-open amid the COVID-19 pandemic Monday, June 22, 2020 in Montreal.THE CANADIAN PRESS/Ryan Remiorz

MONTREAL -- There are now 5,424 people who have died of COVID-19 in Quebec, health authorities announced Tuesday, as confirmed cases in the province reached 54,884.

That’s up seven from the 5,417 deaths reported Monday, when no new deaths were announced.

Of the newly reported deaths, five took place over the past 24 hours, while two occurred prior to June 15, health authorities said.

COVID-19 cases in Quebec rose 49 from the 54,835 announced a day earlier; that's the fewest new cases since March 22, when 38 new cases were recorded.

There are 515 people being treated for COVID-19 in Quebec hospitals as of Tuesday, down five from the 520 reported Monday. Of those in a hospital, 56 are in intensive care, down one from the 57 reported 24 hours earlier.