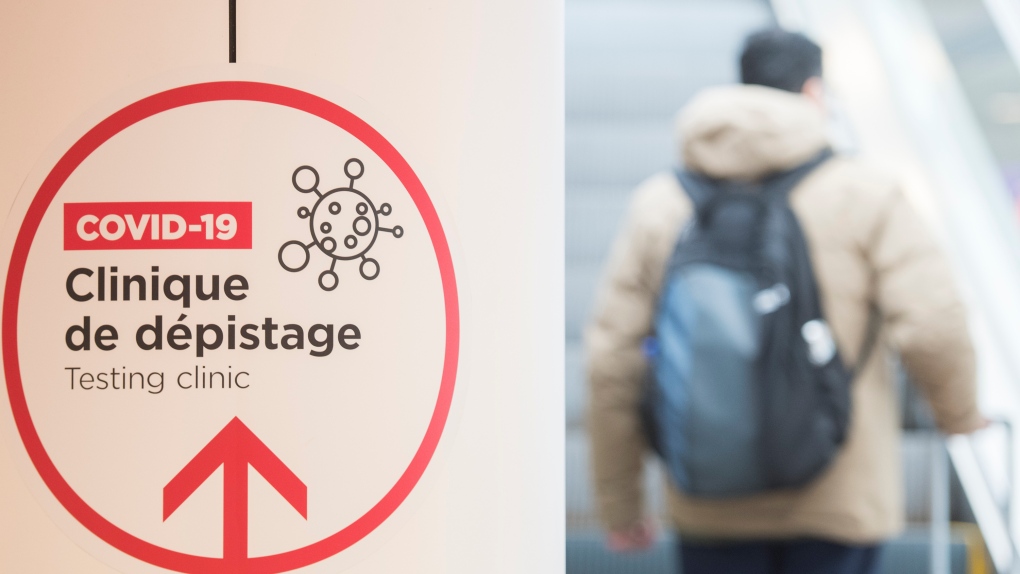 A passenger arrives at Montreal–Trudeau International Airport in Montreal, Saturday, December 19, 2020, as the COVID-19 pandemic continues in Canada and around the world. THE CANADIAN PRESS/Graham Hughes

The average number of new cases per day in the past week is now 1,442.

Hospitalizations decreased by 34 compared to the previous day, for a cumulative total of 1,290. Of those, the number in intensive care increased by four for a total of 221.

Those numbers bring the province to a total of 257,330 infected people over the course of the pandemic, 232,221 of whom have recovered. The total number of deaths in the province is now 9,630.