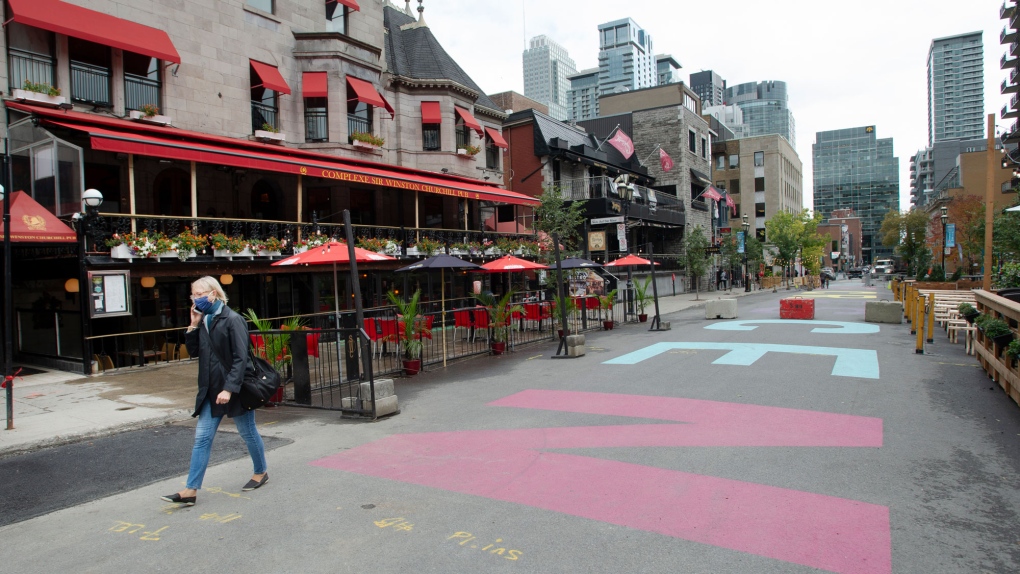 A woman walks past the bars on Crescent street Wednesday, September 30, 2020 in Montreal. The Quebec government has closed all bars and in-room dining as of midnight for the next twenty-eight days.THE CANADIAN PRESS/Ryan Remiorz

Health officials say they are also withdrawing one death from their total because it was found not to be attributable to COVID-19. Among the 12 new deaths, one death occurred in the last 24 hours, eight took place between Oct. 26 and Oct. 31 and three occurred before Oct. 26.

The province also reported that 908 people have recovered from COVID-19, bringing that total to 92,396.
Health-care professionals analyzed 21,978 samples Oct. 31. (Quebec releases testing data from two days prior to its daily updates).
COVID-19 CASES IN QUEBEC
Infogram