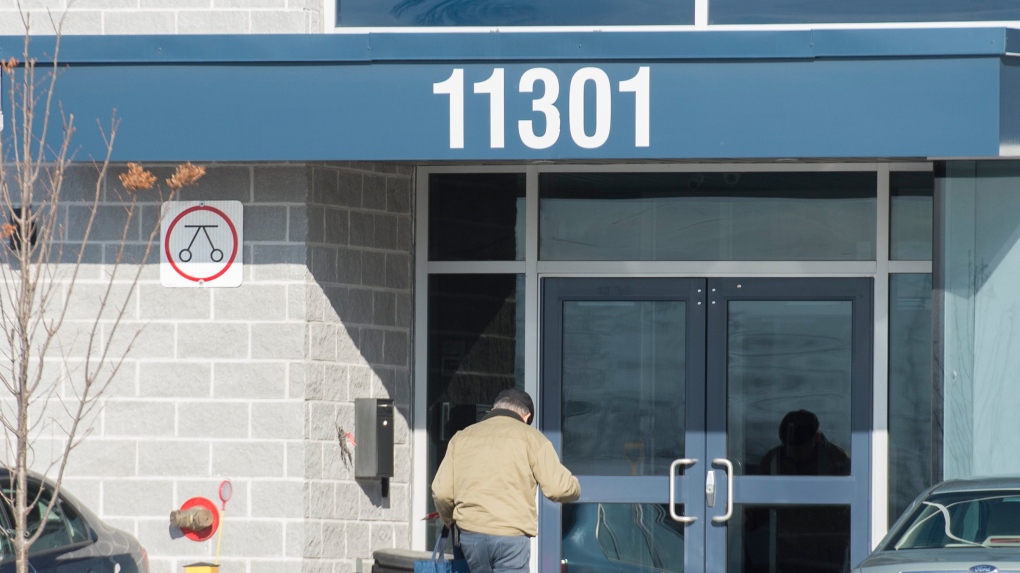 A man enters a building in an industrial park in Montreal, Thursday, November 21, 2019, where it is believed that children attend a school run by a religious group. THE CANADIAN PRESS/Graham Hughes

MONTREAL -- Quebec Superior Court has ordered a Montreal religious group to turn over the names of its members' children to the province's Education Department, citing concerns that some may not be enrolled in school.

An injunction this week ordered the Mission de l'Esprit-Saint to provide the information within 24 hours, noting a sense of urgency because the school year is well underway.

"Each day that passes compromises the children's learning path and infringes on their right to receive the schooling that is obligatory and guaranteed under the Charter of Rights and Freedoms," Justice Silvana Conte said in a Nov. 18 decision.

The Mission de l'Esprit-Saint was founded in 1913 by Eugene Richer, also known as Lafleche, a former Montreal policeman. Recent estimates suggest it has several hundred members in the province, many of them given names that honour the group's founder, such as Eugenie, Richere and Flechette.

According to court documents, inspectors from the Education Department visited the group's premises twice this fall, following a news report by TVA that suggested the group was operating schools on its premises.

During those visits, two inspectors found classrooms and desks, as well as school calendars and supplies. They were told between 50 and 70 elementary and high school-aged children used the classrooms to receive support and follow-up related to home-schooling.

However, when they verified a list of nine names found in one of the classrooms, only one was enrolled with the province as a home-schooled student.

Court documents say the inspectors learned some of the group's children were home-schooled or attended public schools, but others "were registered neither in a public school, nor a private establishment, nor in home-schooling."

The court issued injunctions on Nov. 6 and Nov. 18 ordering the group to hand over the names and contact information for all its members' children between the ages of six and 16, citing concerns that they're not attending school.

The Quebec government would not confirm Thursday whether the group had complied, however the group has previously refused to hand over the data, citing privacy reasons. Neither the Mission de l'Esprit-Saint nor its lawyer responded to requests for comment.

This is not the first time that the Mission de l'Esprit-Saint has caught the attention of the provincial government. Another school run by the group was closed in the 2000s. In 2015, the group drew attention after an outbreak of measles in the Joliette region was traced back to it.

A spokesman for Quebec's Education Department confirmed steps were being taken to address the current situation, but did not elaborate.

"We have been very clear on the subject: We will not compromise on children's rights to a quality education," Francis Bouchard wrote in an email.

Christelle Berube, a former member, says the religious group encourages young women to marry young and to eschew careers to focus on "raising perfect children." Berube, who attended one of the group's schools, said she and the other children received little formal education.

"They taught French, math, a little English, but nothing else, and the girls had to leave at the age of 13 to prepare to become mothers at home," she said in a phone interview.

Berube said she began to realize something wasn't right around 2011, after the previously supportive community turned their back on her following the breakdown of her marriage. At age 25, she was discouraged from trying to get a job, even though she was a single mother to six children.

"When I got out, I had to ask myself who I was, because I didn't even know," she said.

Berube, now 35, said that after leaving she changed the names of her six children, all of whom were named after Eugene Richer. She supports her children by working as a cleaner and has a new relationship.

She expressed the hope that the community's children will be sent to regular schools. "It would be the best thing for them," she said.