Quebec may buy back taxi permits, sell them to Uber 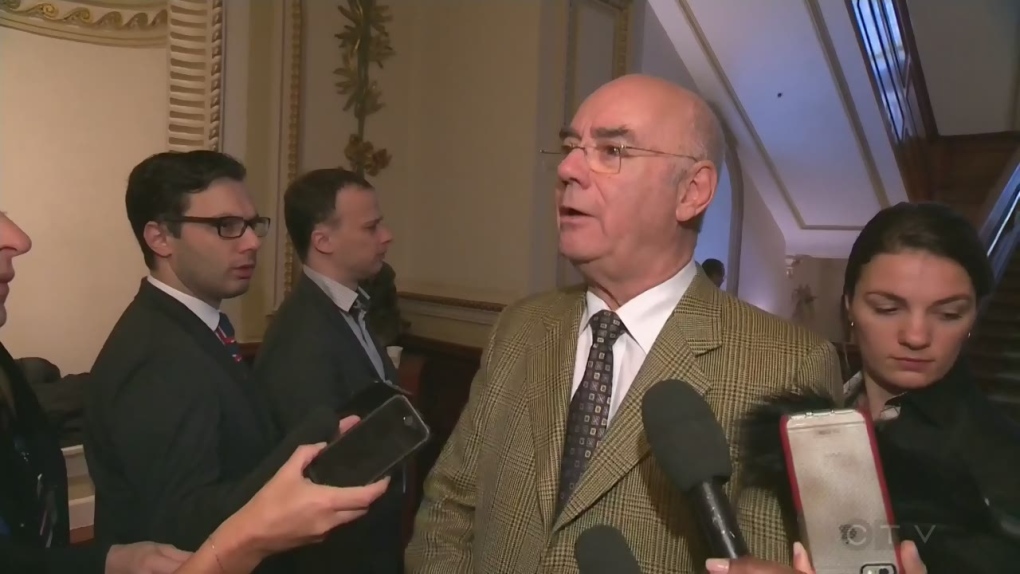 The provincial government is considering buying back taxi permits -- and offering them to Uber.

Transport Minister Jacques Daoust said Thursday that he is mulling over the idea as a way to legalize the app-based car service.

He said that details are still being worked out, but one idea is to sell permits outright to Uber, while another would be to rent them to Uber drivers on a day-by-day basis.

The government dictates how many taxis are allowed to operate in each territory, with roughly 4,500 taxis allowed on the road in Montreal.

The government has not issued new permits in years, but they are often sold by drivers who leave the industry, or as a way to finance retirement. One permit in Montreal is being sold for $150,000, while an owner in St. Donat is selling two permits at $10,000 each.

The Minister also said that Uber drivers, who he said are presently operating illegally, could be tolerated as long as its drivers are declaring their income, paying sales taxes, and hold adequate driving permits.

A committee that represents the taxi industry, the Provincial Committee for Partnership/Development in the Taxi Industry, is cautiously optimistic about the idea.

However Dominique Roy said until then, UberX should remain illegal.

"As a first step and then we'll have time to think about what we need to do and what we're going to do about the whole industry in the future, but for the moment what's urgent is to stop this illegal transportation," said Roy.

Opposition critic Martine Ouellet said she thinks what Daoust is proposing sounds like a good idea.

Last month the Transportation Ministry held public hearings concerning Uber and the taxi industry, and a bill dealing with Uber is expected to be tabled by the end of March.