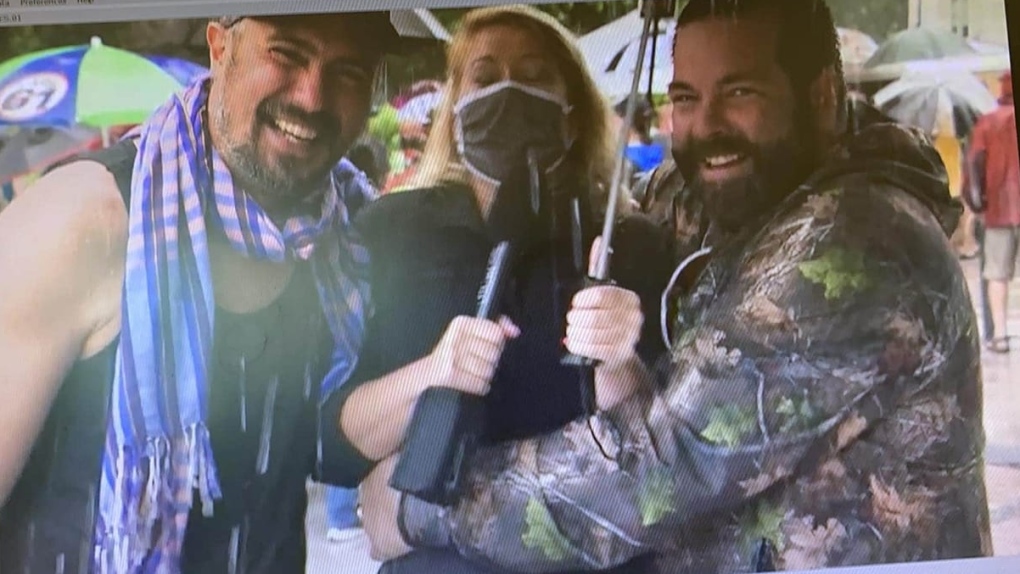 MONTREAL -- A Quebec man has been arrested for allegedly threatening a reporter and inciting hatred on social media following anti-mask protests this past weekend in Quebec City.

Lagacé has nothing to do with two men who accosted Bourassa live on camera at the Quebec City protest against mandatory mas-wearing in Quebec amid the COVID-19 pandemic.

The men's behaviour was denounced by several high-profile people, including the Deputy Premier of Quebec, Geneviève Guilbault, who called their actions unacceptable on Monday.

The Canadian Association of Journalists on Wednesday condemned the harassment and intimidation of journalists covering anti-mask protests in Montreal and Quebec City last weekend.

In a statement, the association calls on police to sanction protesters who put journalists' health and safety at risk.One of the two individuals, Jean-François Mongrain, also admitted his wrongs and apologized in an interview with the Journal de Montreal.

Lagacé allegedly made the hateful and threatening remarks on social media in the days following the protest.

In a since-deleted Facebook post, he said that SQ officers arrested him at his home late Tuesday night.

The man said he was surprised and argued that the journalist, Bourassa, "encouraged him to continue" with his posts since she did not "block access to her page to stop him from commenting again."

He went on to say that "if I ever go to court, which is very unlikely, we will educate her a little."

And later on, he added "We're going to have fun with this whole circus!" and that Bourassa is "just a girl who wants to make a show."

He was released on a promise to appear next October.

--With files from Marie-Pier Boucher and The Canadian Press