Quebec's general election campaign has officially begun, and the leaders of the five major parties have about five weeks to win over voters ahead of the Oct. 3 vote.

Outgoing Quebec Premier François Legault tried to remain humble on Sunday, as the polls indicated that it's his election to lose and his party is on its way to winning a bigger majority than it secured during the last general election in 2018.

"We are taking nothing for granted," he told reporters about one hour after his meeting with Lt.-Gov. J. Michel Doyon, during which the representative of the Crown dissolved the legislature and declared the general election.

"If there is one thing I learned in politics, it's that trust is earned every day." 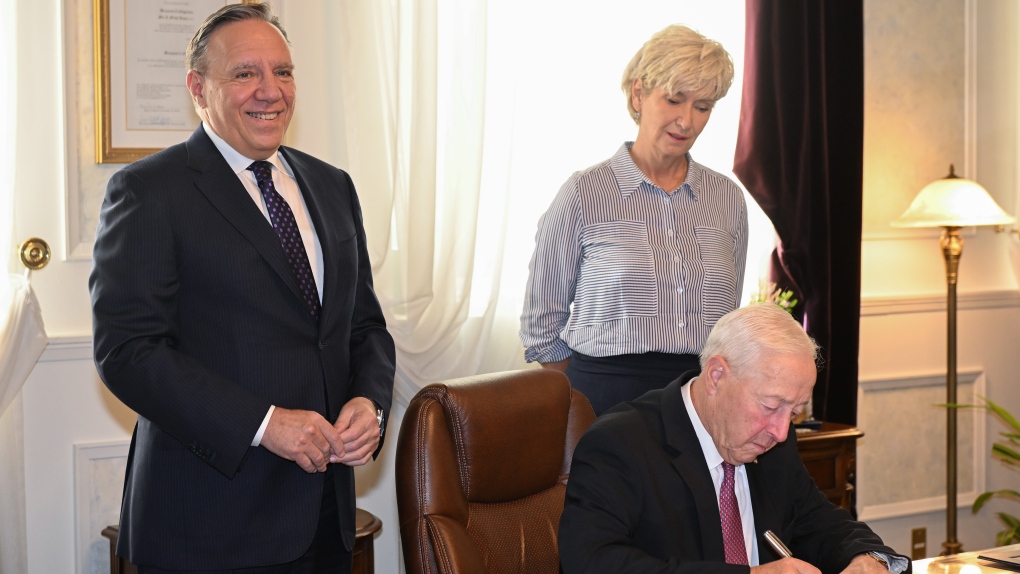 Legault is the election veteran among the five leaders of major parties, having run as CAQ leader in the 2012, 2014 and 2018 campaigns. His four main opponents have never campaigned during a general election as leaders of a political party.

Meanwhile, Quebec Liberal Party Leader Dominique Anglade was already dogged by questions Sunday morning about the fallen stature of her once-mighty party. Despite being the official opposition before the legislature was dissolved, the Liberals have less than 17 per cent support, according to the latest Leger poll — and they are polling at about seven per cent with the francophone majority.

"We are a big party of the economy," Anglade told reporters in Quebec City. 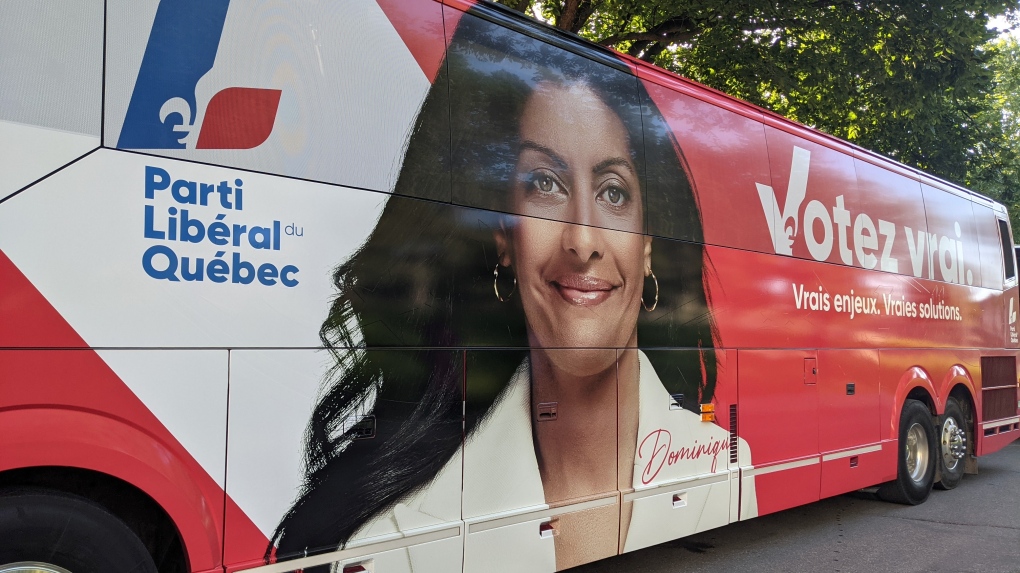 She shrugged off the polls and said the campaign was an opportunity to "restart at zero."

Another party with room to grow after falling from popularity is the Parti Quebecois (PQ), which maintained a focus on separatism heading into the campaign.

A Sunday Canada338 poll put the PQ at fifth place in terms of support at around nine per cent.

"The only certainty we have at this point is that the polls are going to move. Very rarely [do] they stay the same," said party leader Paul St-Pierre Plamondon.

While the PQ has recorded a slow decline in recent elections, Quebec Solidaire, the province's left-leaning nationalist party, has seen steady growth in representation.

Party spokesperson Gabriel-Nadeau Dubois said he believes Quebecers are hungry for a party without the baggage of the legacy options.

"We've tried the Liberals, the PQ, and the new branding of Old Liberals and CAQ," he said. "Those people had a chance." 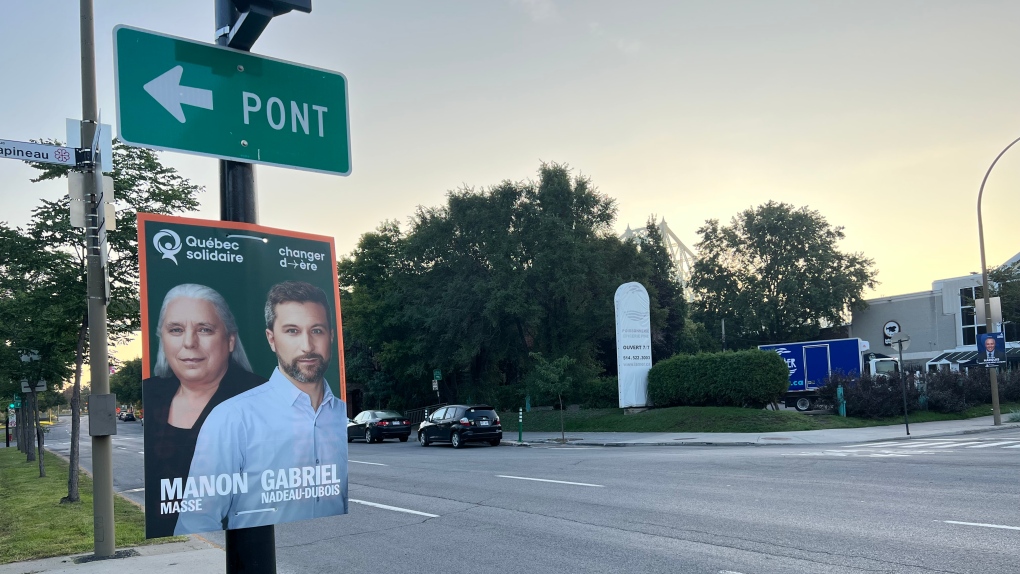 It was a similar pitch coming from Eric Duhaime, leader of the new Conservative Party of Quebec.

Duhaime made a splash in recent months as his party, which currently only holds one seat (which belongs to him), rose in the polls.

That 338 poll put the Conservatives in fourth -- above the PQ -- with 13 per cent support.

"Voters will hear different ideas from us," he said on Sunday, reiterating vows to increase access to healthcare.

"If people can't get care in the public system, they will be able to go into the private system and public insurance will be forced to pay for it," he said. "We will also talk about inflation and the economic crisis. We want to promise a significant income tax cut accompanied by a cut in taxes. We want the government to cut its spending to let Quebec families breathe more."

Before the dissolution of the legislature, Legault's party had 76 seats, while the Quebec Liberals had 27, Québec solidaire had 10 and the Parti Québécois had seven. The Conservative Party of Quebec held one seat and there were four Independents.

-- This report by The Canadian Press was first published on Aug. 28, 2022 with files from CTV's Luca Caruso-Moro.