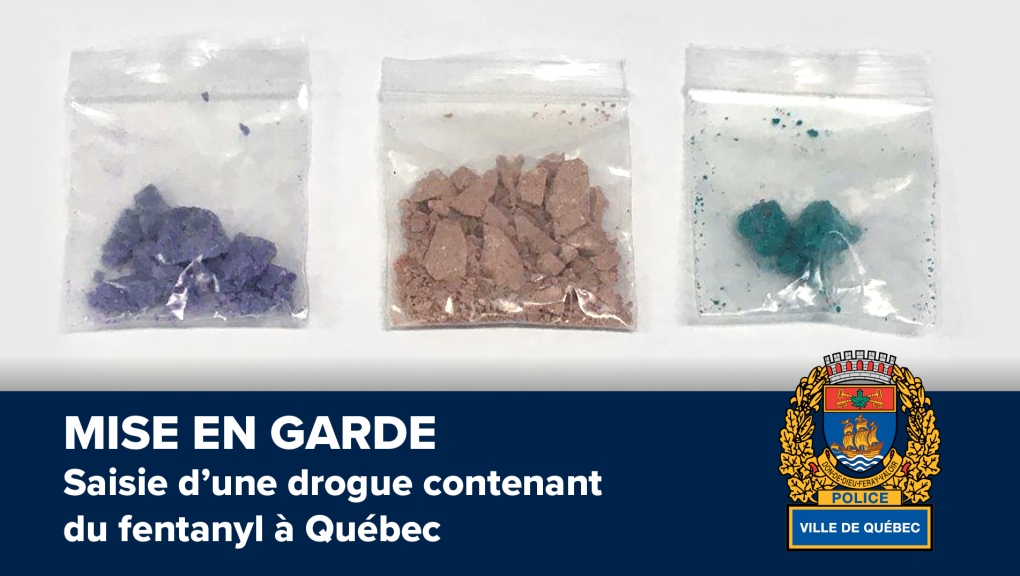 Quebec City police seized drugs with a deadly mix of substances including Fentanyl. They are advising the public to call 911 if they see drugs circulating and report it. SOURCE: SPVQ

QUEBEC CITY -- Deadly drugs containing traces of fentanyl have been seized in recent days in Quebec City, at a location that has not yet been disclosed.

It is also not known whether any arrests have been made.

Quebec City police (SPVQ) said Thursday that the substance seized may be in the form of a granular powder containing Fentanyl and heroin.

It can be found in pills and powder of various colours, including purple, blue, brown and pink.

SPVQ narcotics squad officers conducted the search over the past few days. Bags of the substance were seized, in an unspecified quantity.

The SPVQ is warning citizens of the risks associated with the hard drug. Police say its consumption and inhalation can cause serious overdoses, even fatalities, in users.

The SPVQ is asking the population to fight against the circulation of dangerous drugs by reporting any relevant event by calling 911 for immediate intervention.