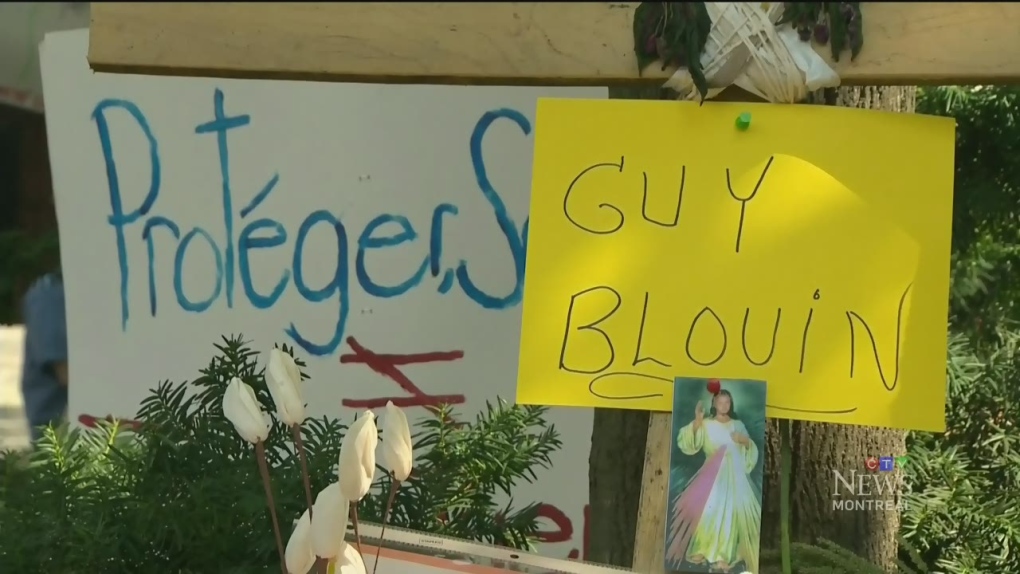 A Quebec City police officer has been charged with criminal negligence causing death and dangerous driving causing the death of a cyclist.

In September 2014 several witnesses said that officers in a squad car spotted Blouin riding the wrong way down the street, then reversed their car and ran over Blouin.

Jean Fortin told CTV News that officers held Blouin facedown on the sidewalk until an ambulance arrived even though he was clearly injured.

Police officers were then seen putting Blouin's bicycle in their vehicle, only to return it to the street later that day.

Blouin died in hospital from his injuries, and his death sparked several protests from residents of the St. Roch neighbourhood where he lived.

The Sureté du Quebec conducted the investigation into what occured.

The other officer involved was not charged.

Beaulieu's next court appearance is scheduled for October 16.