Quebec announces measures to become more self-sufficient with its food 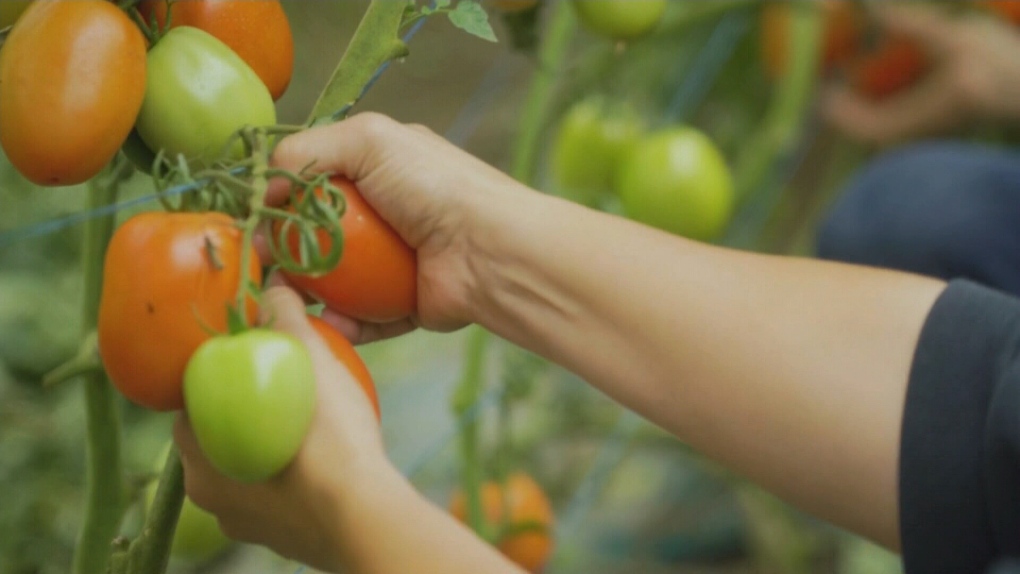 MONTREAL -- Quebec is far from being self-sufficient when it comes to food.

Through a set of measures announced Thursday, the Legault government hopes to increase its autonomy in the food sector -- currently estimated at around 51 per cent -- to 55 per cent, or maybe even 56.

Agriculture Minister Andre Lamontagne made the announcement during a Thursday news conference, where he detailed measures taken to achieve the goal -- worth $157 million -- centred around the automation of food production and information campaigns.

The ministry of agriculture also must announce its strategy to increase greenhouse production.

Lamontagne also challenged Quebecers: when shopping for groceries, every week, substitute $12 worth of food products from abroad with local ones -- since the anticipated increase in local production must translate to a corresponding increase in local purchases.

The province estimates that after a year, a sum of $1 billion could benefit the entire production and processing chain.

Lamontagne said it's an "urban legend" that food from Quebec is more expensive than food from abroad -- in fact, he said he believes local food prices are "very competitive."

According to his calculations, if all goes well, the measures announced could result in the creation of 3,800 jobs in the food production and processing chain in the coming years.

One of the factors limiting the growth of the food sector is a lack of manpower and the low rate of productivity -- so Quebec will put $92.5 million towards the sector over the next two years to fix the situation.

Financiere agricole will be called upon to speed up agricultural investments as well, even in high-risk sectors and in start-up companies. Quebec is putting $24 million towards this and 48 financial advisers will be dispatched into the field to help with financial boosts in the regions.