Quebec among leaders in donating organs 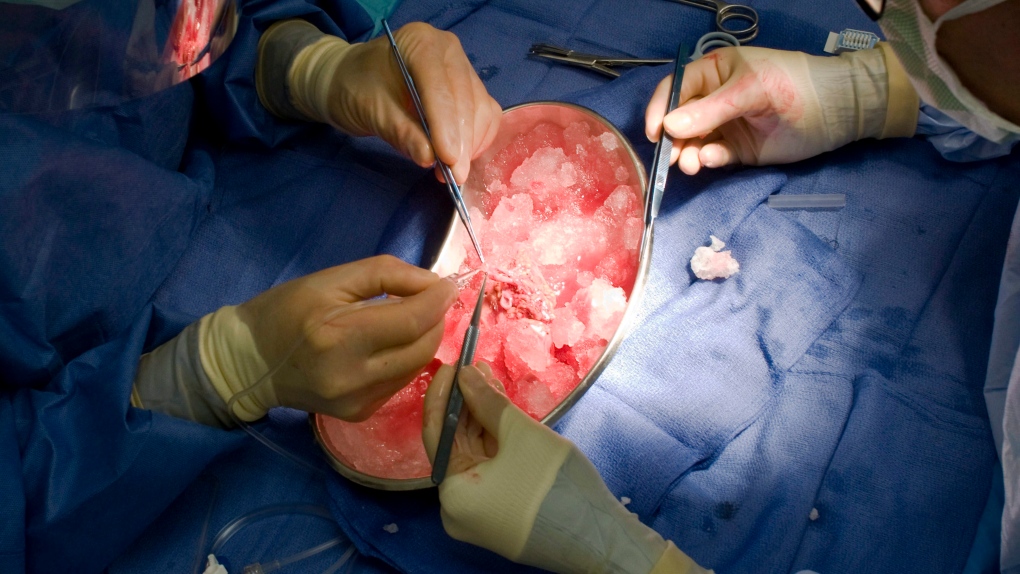 In this Oct. 4, 2010 file photo, doctors work on a kidney recently removed from a donor at a hospital in Portland, Ore. (Torsten Kjellstrand/The Oregonian via AP)

But the report from Canadian Blood Services shows some provinces falling behind.

The report shows overall donations rose by 23 per cent over the last decade and donations from Canadians who've died rose by 29 per cent.

Despite the increase, there are still 4,600 patients waiting for life-saving transplants.

And the report shows Canada lags far behind other wealthy nations, including the United States and organ donation leader Spain.

Health officials credit the recent increase in organ donations to a focus in some provinces on mandatory referrals for transplants, as well as having donation specialists working at hospitals who can speak with directly with family members.