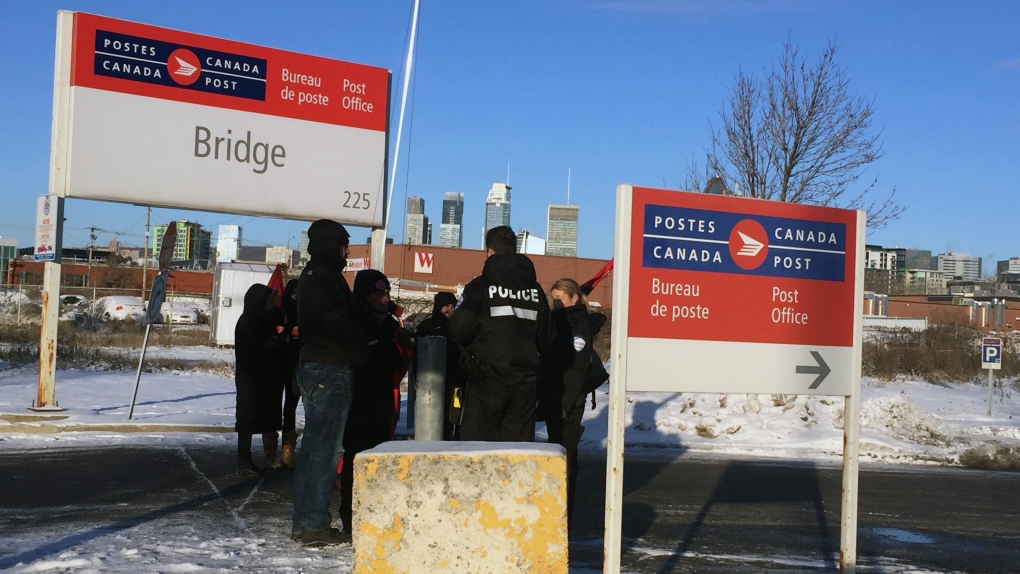 Montreal police observed a protest by the SITT-IWW outside a Canada Post depot in Point St. Charles on Wednesday Dec. 12, 2018 (CTVNews Montreal/JL Boulch)

Protesters from the Industrial Workers of the World blocked the entrance to a Canada Post depot in Point St. Charles on Wednesday morning to show their displeasure with federal back-to-work legislation.

The protesters do not represent Canada Post employees but they were preventing trucks from going in or out of the site.

They say that back-to-work legislation is a violation of the right of workers to strike and negotiate in good faith, and that such laws are unconstitutional.

Montreal police were observing the protest as it took place, and as of 9:30 a.m. had yet to take any action.

Canada Post workers were on rotating strikes until the federal government ordered an end to the strike in November and appointed a new mediator-arbitrator who can impose a settlement. Their union, CUPW, is filing a challenge against the legislation in Ontario Superior Court.