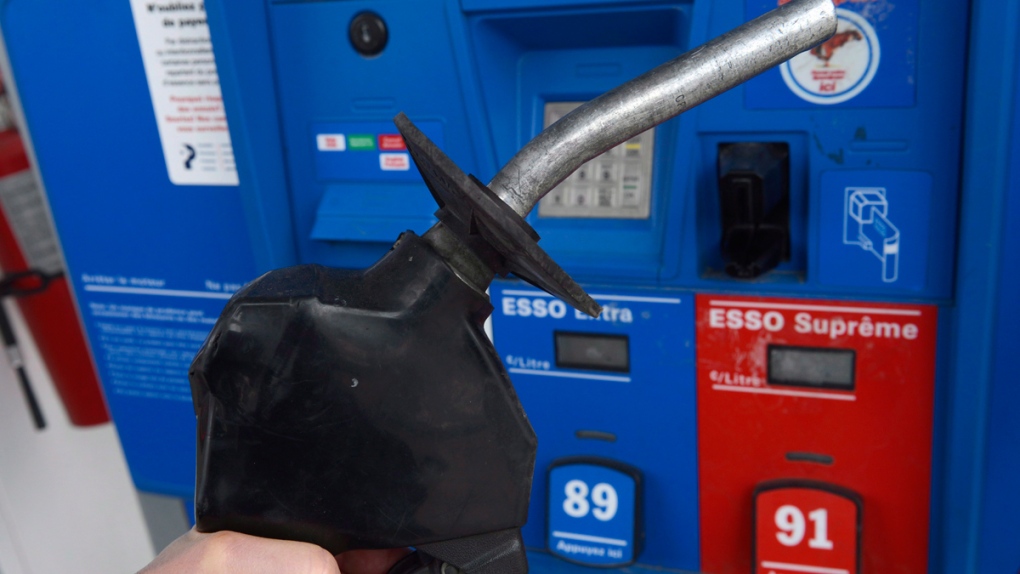 A fuel nozzle is shown at a Montreal gas station on Wednesday, April 23, 2014. (THE CANADIAN PRESS / Ryan Remiorz)

MONTREAL -- The price of gas has continued to fall due to the low value of crude oil, which has dropped over the last three weeks, as well as the collapse of the economy due to the COVID-19 pandemic.

Essence Montreal, which collects information on the lowest and highest prices across Quebec, reports that on Thursday, the average price for a litre of regular gasoline is less than $0.82.

In the Montérégie, on the Island of Montreal, in Laval and in the Quebec City region, the price is around $0.76.

That number drops to $0.72 in the Outaouais and $0.73 in the southern Montérégie.

Gas prices have been affected by a decline in demand as stringent isolation measures to contain the spread of COVID-19 have reduced the number of vehicles on the roads, as well as the demand for fuel.

This report by the Canadian Press was first published March 26, 2020.