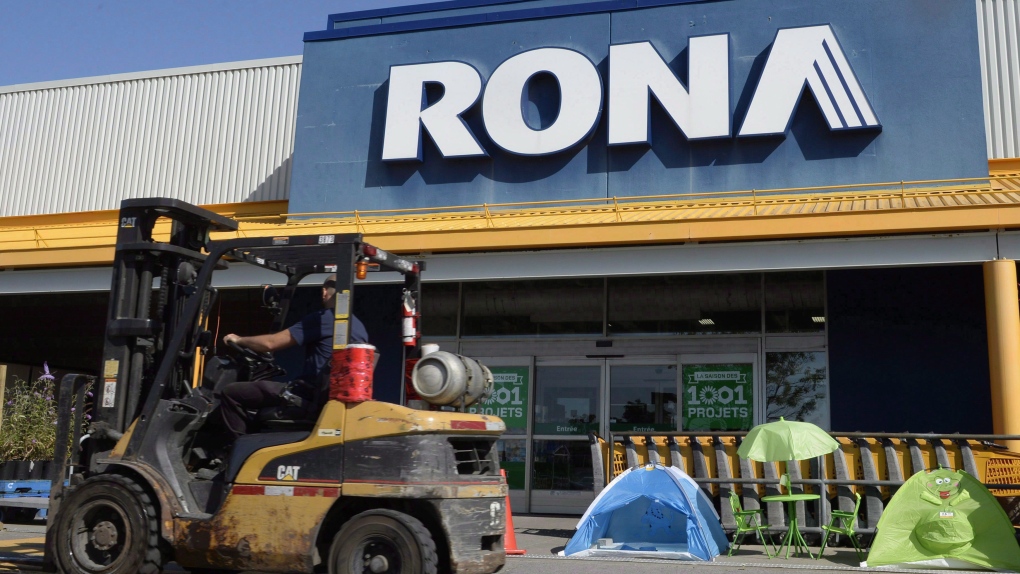 MONTREAL - The Coalition Avenir Quebec government of Francois Legault say it is concerned by the way American hardware giant Lowe's has been doing business in Quebec since it bought the Rona chain in 2016.

One week after denying that it wanted to move 200 information technology jobs from Rona's head office in Boucherville to India, Lowe's announced that it will be eliminating around 60 accounting positions there.

Legault on Wednesday criticized Lowe's for not providing correct information regarding their cutbacks, and Quebec Economy Minister Pierre Fitzgibbon said that based on how Lowe's has been operating, one can presume that it indeed plans to move jobs out of the province.

Fitzgibbon said that the province had not been informed in advance of Lowe's plans, that the government is concerned about the situation and would like to be in touch with the retail giant.

While neither Legault nor Fitzgibbon went as far as to call for a public boycott of Lowe's in Quebec, each in their way sent a warning message to the company.

Legault said that he tries whenever possible to buy Quebec products from Quebec stores, while Fitzgibbon said he would have no problem going "elsewhere" to buy any hardware goods he needs.

Fitzgibbon said he plans to discuss the Lowe's situation when his new federal counterpart in Justin Trudeau's cabinet is named in hopes of making sure the company respects the promises it made following its acquisition of Rona, one of Quebec's major retail chains.

This report by La Presse Canadienne was first published Oct. 23, 2019.