What has been happening in Quebec City this week is sickening, but unfortunately in our society is less than surprising.

Four women from Laval University reported being the victims of sexual crimes.

These are all students who were supposed to feel safe in their campus dorms.

We all should be outraged.

We should be outraged when a woman says she was sexually assaulted by a member of the National Assembly.

We should be outraged when 12 native women allege widespread sexual abuse from SQ officers in Val d'Or, alleged attacks from the very people sworn to protect them.

We should be outraged when something as seemingly innocent as a public children's puppet show features a song about rape.

What it does is make sexual violence seem normal.

It is important to point out as far as the MNA and the SQ officers are concerned that nothing has been proven in court.

It is the culture of Trump we are living in.

And once again this week he proved he is not suitable for any public office anywhere.

It is a culture where victims are blamed.

“They get their 10 minutes of fame. It was all fiction. It was lies and it was fiction,” said Trump this week.

What is so troubling is his repeated claim that women who come forward are just seeking public attention. 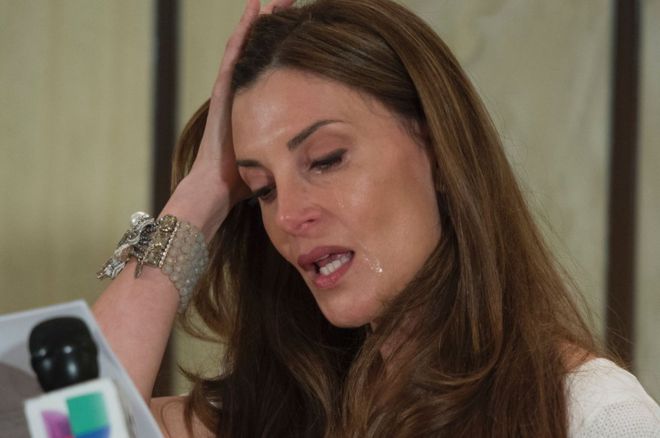 Karena Virginia is one of the women accusing Trump.

This is not a woman seeking attention.

It is a culture where joking about sexual assault is condoned and misogyny becomes normal.

“Nobody has more respect for women than I do. Nobody,” said Trump on Wednesday.

An hour later he changed his tone. This was Trump's last stand and that's why on November 8th, I believe women in America will say enough is enough.

They will deliver a resounding defeat to this pompous egomaniac and no doubt, when Trump is assessing the calamity that has befallen him, women will be at the top of his evil and misguided list of blame.

Which brings us back what happened in Quebec City this week.

This is why we need to denounce what happened in the strongest terms and vow to work to end the very culture Donald Trump stands for.