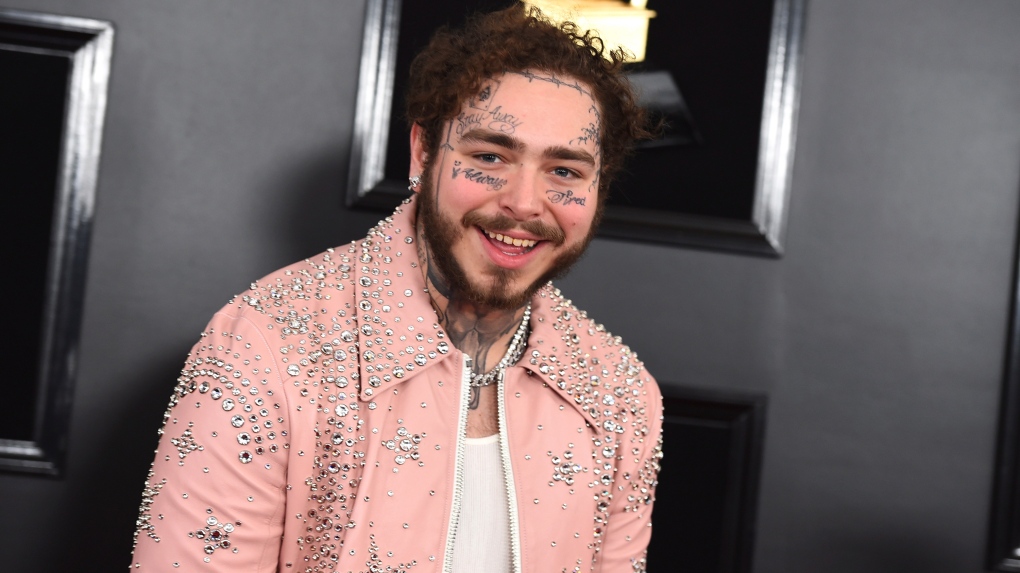 Post Malone is up for a leading seven nominations at this year's American Music Awards, which are to be held Sunday in Los Angeles. (AP file photo)

MONTREAL - Post Malone, the multi-platinum-selling rapper and singer, announced Tuesday that he is extending his North American tour, which will bring him to Toronto and Montreal.

Malone, who first hit the Billboard singles charts in 2015 with his song "White Iverson," will perform Feb. 14 at Scotiabank Arena in Toronto and Feb. 16 at the Bell Centre in Montreal.

Tickets for the newly announced shows go on sale Friday at 9 a.m.

Malone's Hollywood's Bleeding tour - named after his recently released third album - wraps up with two shows in Los Angeles later this week. The next leg kicks off Feb. 4 in Omaha, Nebraska.

Malone - whose real name is Austin Richard Post - is estimated to have sold around 60 million records in the United States. Two of his three albums have reached No. 1 on the Billboard 200 album sales chart.

Malone is up for a leading seven nominations at this year's American Music Awards, which are to be held Sunday in Los Angeles.

Swae Lee, half of the popular hip hop duo Rae Sremmurd, will open for Malone on the new leg of the tour.