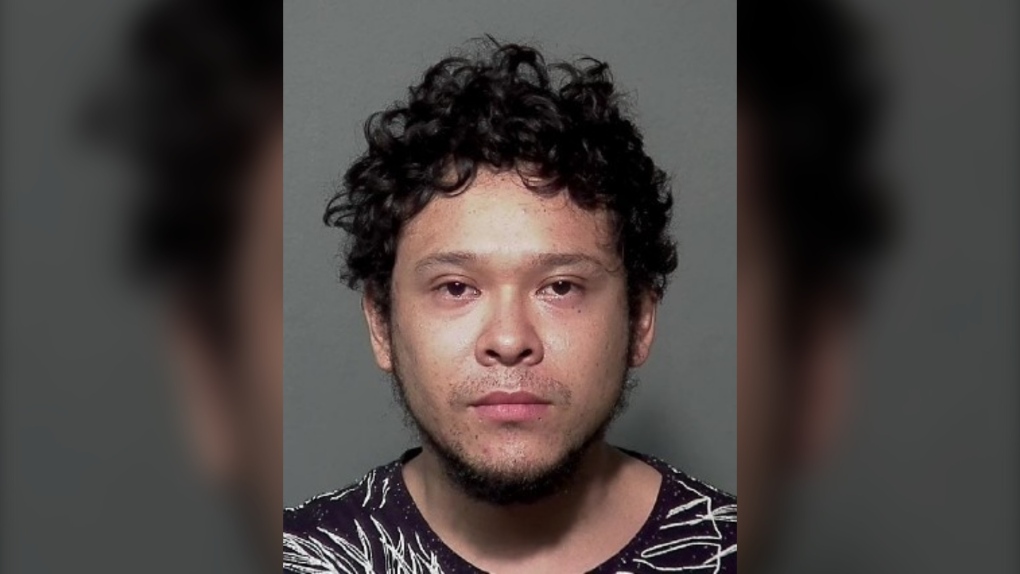 A warrant is out for the arrest of Francieli Ortiz-Vivanco, who police believe is connected to the Nov. 6 killing of a depanneur owner in Ahuntsic-Cartierville / Courtesy of the SPVM

MONTREAL -- Montreal police are asking the public to get in touch with any relevant information on a man they believe may be linked to the Nov. 6 killing of a depanneur owner in Ahuntsic-Cartierville.

A warrant is out for the arrest of Francieli Ortiz-Vivanco, a 25-year-old man described as having brown eyes and curly brown hair.

On the afternoon of Nov. 6, two people attempted to rob a store on Henri-Bourassa Blvd. and Lille St. They assaulted its 49-year-old owner, who later succumbed to his injuries.

Ortiz-Vivanco stands 5'6" tall and weighs approximately 163 pounds. Police warn that he is dangerous and could be armed.

Anyone with information that could lead to locating the suspect is being asked to call 911, Station 27, or the anonymous Info-Crime line at 514-393-1133.