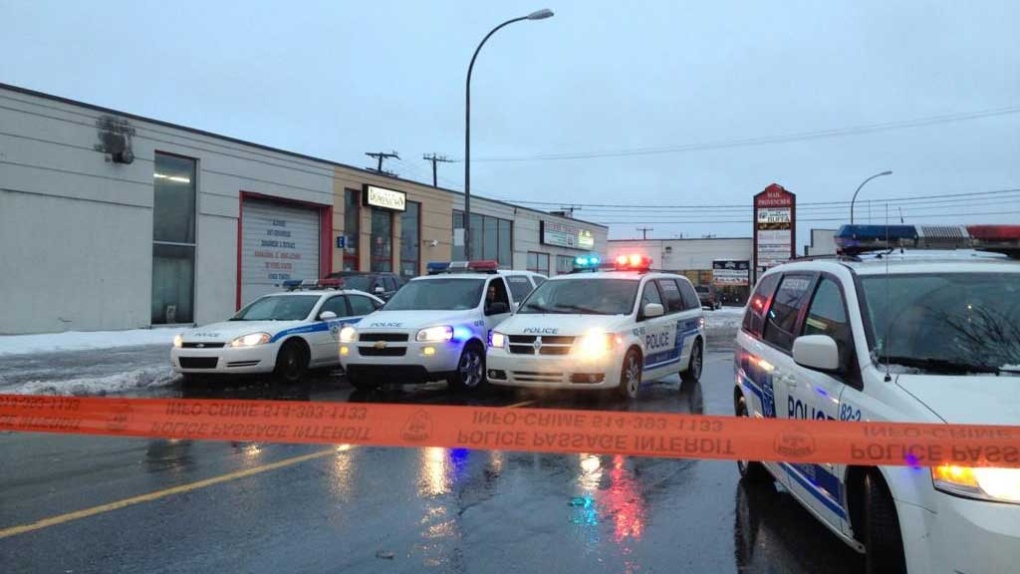 
MONTREAL—A strip-mall café in St-Leonard was the site of another suspected mob shooting in Montreal’s north end on Friday afternoon after two men were shot in the head, one of the men was later confirmed dead.

The first emergency call was received by police at around 2:20 p.m. A masked man shot each victim once at Café Domenica, a threadbare coffee shop at 7870 Provencher St. in the shadow of the elevated 40 Highway.

First responders found a 37-year-old man in cardiac arrest; he was transported to a local hospital where two hours later he was confirmed dead. A second 38-year-old victim was in serious but stable condition.

Both men were foot soldiers in organized crime, a source confirmed with CTV Montreal.

“At around 2:20 p.m. today a call came in for a man who was hit once by a projectile,” said Montreal police spokesman Jean-Pierre Brabant. “A police officer came on site, found that man, did a search and found another man shot.”

When shots rang out, people in neighbouring businesses ran over to the café to find one man shot outside and another inside. According to Urgences-Sante, the wounded man was able to crawl over to the nearby Montreal Choppers and hide in a repair shed.

Montreal Choppers is owned by Giuseppi De Vito, a mobster arrested during the Operation Colisee police raids in 2006.

According to mob expert Daniel Renaud, De Vito's clan has been the target of recent mob-related incidents. Friday's shooting, may not have been an exception.

"It seems to be an attack against Giuseppi De Vito's clan," said Renaud. "It happened in a building which belongs to his wife, Adele Sorella, and it happened in an Italian café just beside a business owned by De Vito."

Caught in what may be a battle of the turf war between certain members of the Rizutto clan, the café was not known to police.

Friday’s shooting was a familiar story of late. On Dec. 17, 33-year-old Giuseppe Fetta was serious injured when he was shot in Ahuntsic. Fetta was linked to the Montreal mafia.