MONTREAL -- Residents of a densely populated residential street in Laval were awoken Tuesday night to the sound of gunshots and firetruck sirens, as the concerning trend of violence in the Montreal suburb continues.

Two men, 19 and 20 years old, were injured in a shooting around 10:45 p.m. on Leandre-Descotes St. and a garage fire is being investigated by the arson squad.

When the Laval police (SPL) arrived to investigate the gunshots, officers found a garage was on fire and they paged the firefighters.

Police said the two injured men were known to police with criminal records and transported to the hospital with minor injuries.

Contents of the garage that included around three dozen electric scooters were still smouldering on Wednesday morning when CTV News arrived, and the file has been transferred to the police's arson squad. 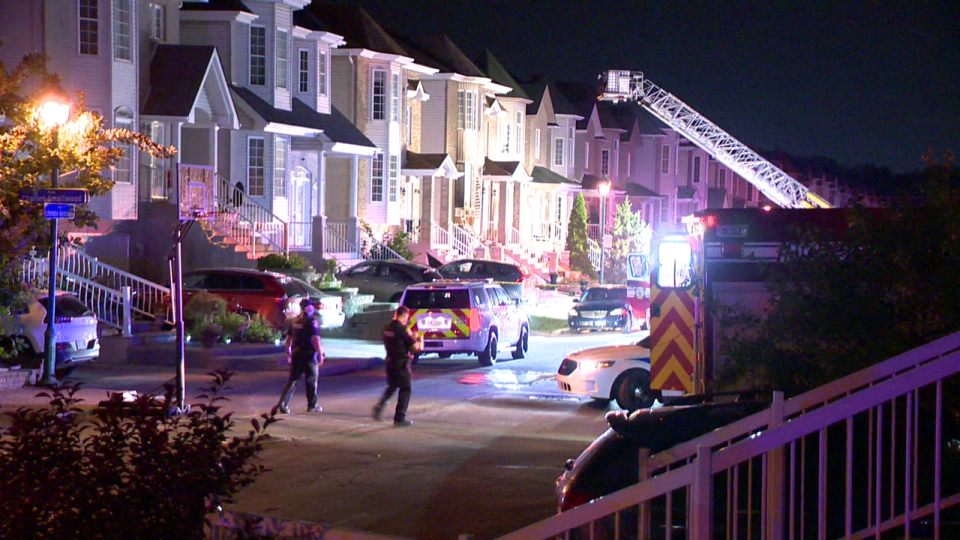 Laval police are investigating after a shooting and potential arson on a residential street. (Cosmo Santamaria/CTV News Montreal)

Police said one of the people who lived in the house was running a business, and the scooters appear to be unrelated to the criminal investigations.

A witness managed to record the license plate of the suspect's car that police tracked to Montreal where a 19-year-old man was arrested.

The suspect is not cooperating with police, they say, and he does not have a prior criminal record.

He is likely to appear in court Wednesday on charges.