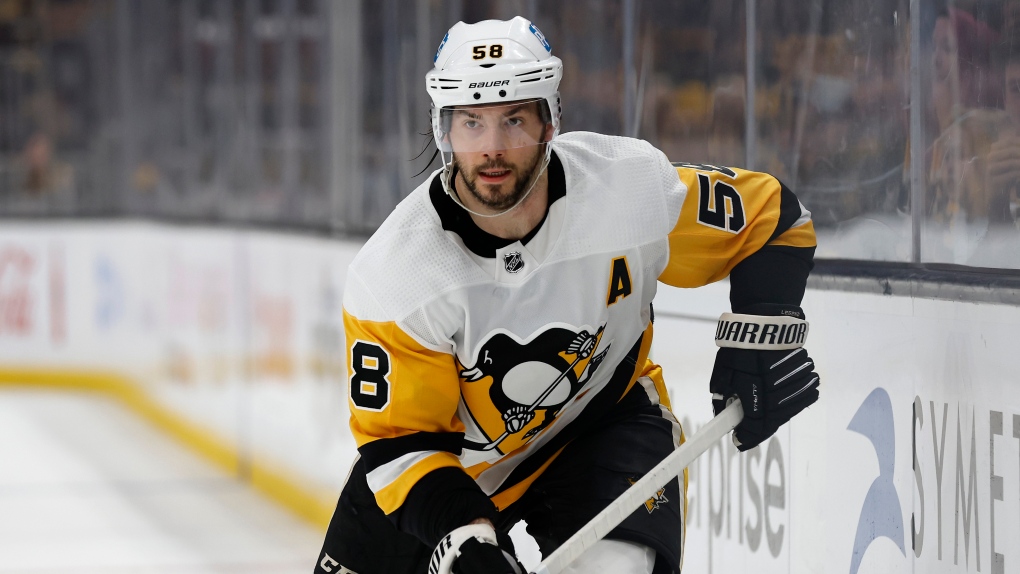 Kris Letang plays hockey with a grace and inexhaustible fluidity seemingly impervious to the rigors of spending nearly half his life in the NHL.

For the second time in less than a decade, however, a major health scare has brought Letang's career to a halt.

The 35-year-old Montreal native is out indefinitely after suffering a stroke for a second time. Letang reported feeling ill on Monday and was taken to the hospital, where tests confirmed the stroke.

While general manager Ron Hextall said Wednesday this stroke doesn't appear to be as serious as the one Letang sustained in 2014, the Penguins will have to find a way forward at least in the short term without one of their franchise pillars.

"I am fortunate to know my body well enough to recognize when something isn't right," Letang said in a release. "While it is difficult to navigate this issue publicly, I am hopeful it can raise awareness. ... I am optimistic that I will be back on the ice soon."

The three-time Stanley Cup champion missed more than two months in 2014 after a stroke, which doctors determined was caused by a small hole in the wall of his heart. He spent Monday feeling off and told team trainers he was dealing with what Hextall described as a migraine headache.

"He didn't know (he had a stroke)," Hextall said. "He just knew something wasn't right."

Letang is continuing to undergo tests but felt well enough on Tuesday to be at the arena for Pittsburgh's 3-2 overtime loss to Carolina. He spent the second period chatting with Hextall then addressed his teammates in the locker room afterward in an effort to help allay their concerns.

"I think it was important for Kris to be there because his teammates got to see him in good spirits and that he's doing well," Penguins coach Mike Sullivan said.

Sullivan added initial test results on Letang have been "very encouraging." Letang will continue to undergo testing throughout the week, though he felt good enough in the aftermath to ask Sullivan and Hextall if he could skate, an activity that is off the table for now.

Hextall said he "couldn't even guess" how long the Penguins may be without the married father of two, adding hockey is low on the team's list of concerns about a player who, along with Sidney Crosby and Evgeni Malkin, has helped the franchise to three Stanley Cups during his 17-year career.

"First and foremost this is about the person and I told Tanger about that last night," Hextall said. "This is Kris Letang, the father and family guy, the Pittsburgh Penguins, that's second."

Letang, a six-time All-Star, has been one of the most durable players in the NHL. His 662 career points (145 goals, 517 assists) are a franchise record for a defenceman. He's averaged well over 24 minutes of playing time over the course of his career, a number that's ticked above 25 minutes per game seven times in eight-plus seasons since he returned from the initial stroke.

The Penguins felt so confident in Letang's durability that they signed him to a six-year contract over the summer rather than let him test free agency for the first time.

"The level of hockey he's played for as long as he's played is absolutely incredible," Hextall said. "The level he's continued to play at at his age, the type of shape he's in ... he's a warrior."

Letang has one goal and 11 assists in 21 games so far this season for Pittsburgh, which hosts Vegas on Thursday night. The Penguins are pretty deep along the blue line, but Sullivan knows he can't try to replace Letang with any one player.

"It's not anything we haven't been faced with in the past and the reality is we have what we have, and we'll figure it out," Sullivan said, adding "it'll be by committee, as it usually is when you replace a player of that stature."

- This report by The Associated Press was first published on Nov. 30, 2022