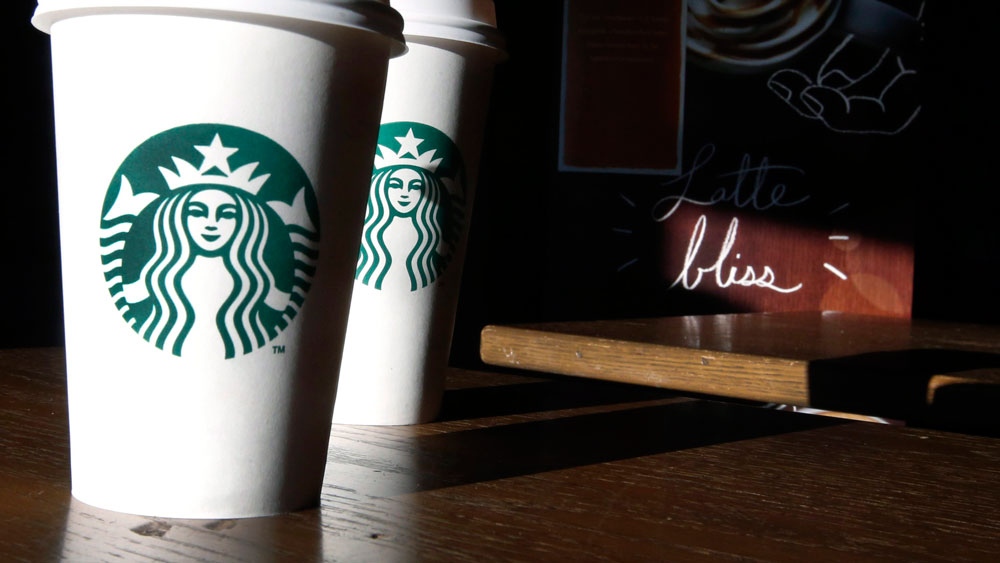 MONTREAL -- The animal-rights activist group PETA says protesters will peacefully occupy Starbucks locations across Canada and the United States this week to urge the international coffee conglomerate to dump the extra fee it charges for dairy-free milk.

PETA says the protests are part of the controversial organization's "Week of Action"; activists recently protested outside the Washington State home of Starbucks CEO Kevin Johnson.

"Soy and nut milks shouldn't cost a cent more than their dairy counterparts, which are cruel to cows, contribute to climate change, and are indigestible to many humans," PETA executive vice-President Tracy Reiman said in a statement. "PETA is upping the pressure on Starbucks to wake up and smell the coffee: It's time for the unfair surcharge to end."

In a statement, PETA decried what it calls violent treatment of animals by the dairy industry, and blames dairy farming for contributing significant amounts of greenhouse gases to Earth's atmosphere, thereby accelerating climate change.

The group, which says it is opposed to "speciesism, a human-supremacist worldview," is urging a global shift to veganism.

PETA is known for its occasionally elaborate and theatrical protests, as well as its graphic advertising campaigns.