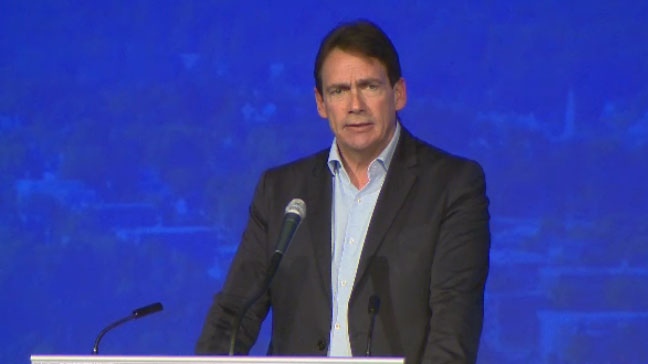 The Péladeau family has marked a milestone in philanthropy with the largest-ever single gift to a Quebec French-language university.

The gift will create a new program to support entrepreneurship and fund approximately 13 per cent of the construction of a new pavilion at the Université de Montréal.

Quebecor and the Chopin-Péladeau Foundation will jointly donate $40 million to the Université de Montréal, the higher education institution announced Wednesday.

The donation will allow for the creation of the Millénium Québecor program, a support program for entrepreneurship, as well as the construction of a “state-of-the-art” building named after Québecor founder Pierre Péladeau.

At a press conference, his son Pierre-Karl Péladeau, president and CEO of Québecor, was visibly moved when he spoke of his mother and father who inspired this gift.

“It was one of the most important lessons that Pierre Péladeau left us: to contribute to society and to know how to give back what we have received," he said.

It will be “a few years” before the Pierre Péladeau Pavilion is built, but the new program will begin this spring in a space leased by the university, said Daniel Jutras, rector of the Université de Montréal.

The building is estimated to cost $150 million to build. Of the donation announced by the Péladeau family, $20 million will be dedicated to the construction of the pavilion. The rest of the funding will come from the Université de Montréal and possibly from Quebec taxpayers.

“It is not yet estimated. Obviously, you understand that this project must be approved by Quebec.”

The terms and conditions of enrolment in the new program have yet to be determined.

“There will be credit programs, but programs with diplomas, we are not there yet. We won’t be able to envision that for a few more years.”

Wednesday’s announcement is the largest grant ever given to a French-language Canadian university, Jutras said. He noted that Canada’s English-language universities benefit from more funding from their donors.

He says French-language universities have “some catching up to do historically” in terms of philanthropy. The Université de Montréal’s endowment fund has $400 million in capital.

“The big universities have billion-dollar endowments.”

While the debate over university funding has returned to the forefront with the anniversary of the Maple Spring, Jutras assures us that philanthropy is not determining the projects prioritized by the Montreal institution.

“It would be a mistake to say that the university’s activities are driven by philanthropists. The project we’re talking about, in fact, it was us who proposed it to Mr. Péladeau and Quebecor," he said.

The university authorities retain control over the content of the training, “and this is the case every time we rely on philanthropy," he added.

"Whenever you get a gift, the university’s policies have created a distance between the donor and the management or academic organization of the activities being discussed.”

The support of wealthy donors, such as Péladeau, allows for projects to be carried out that would not otherwise be possible, according to Jutras.

“Philanthropic support helps propel the university in the direction it wants to go, but cannot currently achieve with the public funding available," he said.

This report by The Canadian press was first published in French on Feb. 16, 2022.