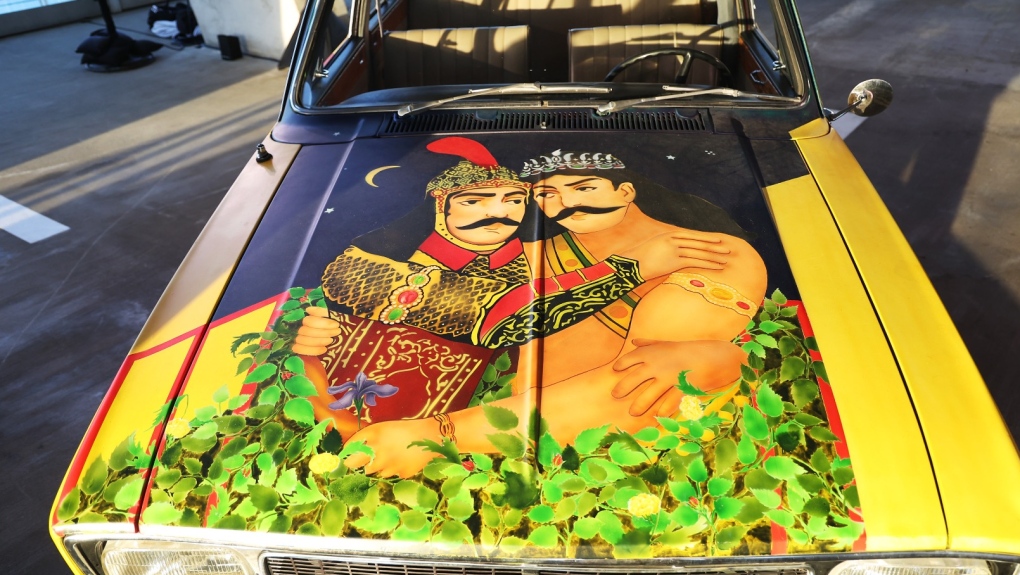 The "PaykanArtCar" can be seen at the Salon Richmond in the Montreal leg of the Canadian tour, which started in Toronto last November. (Submitted photo)

A new art exhibit in Montreal is aiming to drive home a message of dignity and shine a light on the plight of the LGBTQ community in Iran who can still face the death penalty.

The "PaykanArtCar" can be seen at the Salon Richmond in the Montreal leg of the Canadian tour, which started in Toronto last November. The project is spearheaded by PaykanArtCar, a not-for-profit organization and 3.19.27(2), a Toronto-based arts organization.

The exhibit takes an historic 1974 Paykan, the first Iranian-made car, and transforms it into colourful statement about human rights for Iranian citizens, regardless of their race, religion, gender or sexual orientation. 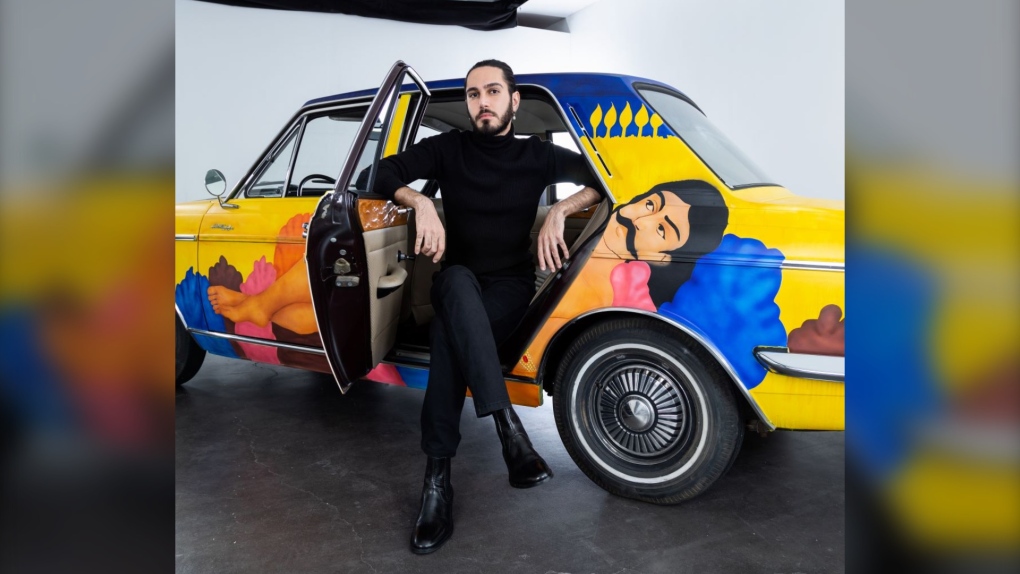 Iranian artist and activist Alireza Shojaian poses with the PaykanArtCar in a promotional photo. (Submitted photo)

“We are privileged to have acquired a historic 1974 Paykan Hillman Hunter limousine, a gift by the Shah of Iran to the authoritarian Romanian dictator Nicolae Ceaușescu,” Dr. Hiva Feizi, executive director and co-founder of PaykanArtCar, was quoted as saying in a news release about the project.

“PaykanArtCar is putting Iranian artists in the driver’s seat and steering a conversation about the ways in which Iranians are silenced and persecuted. We want artists to use this vehicle as a canvas to share stories of oppression while inspiring people and calling for change.”

Iran remains one of the most repressive countries for the LBGTQ community. Last month, NBC News reported two gay men were hanged in a prison in the northwestern city of Maragheh, about 500 kilometers from Tehran, after spending six years on death row.

Iranian artist and activist Alireza Shojaian painted the inaugural PaykanArtCar. The organization plans to periodically commission Iranian artists to paint the Paykan — a symbol of national pride in the country — to highlight the struggle for human rights.