MONTREAL -- The body of 42-year-old Dahia Khellaf, as well as her two young boys, aged two and four, were found Wednesday morning in a home in Montreal’s east end Pointe-aux-Trembles neighbourhood.

At 8 a.m., police arrived at the residence on Place des Pointeliers, near Saint Jean Baptiste Boulevard, to inform them of the death of someone they knew.

The Sûreté du Québec (SQ) says 46-year-old Nabil Yssaad walked into a hospital in Joliette at 10:20 a.m. Tuesday, where he later died by suicide. 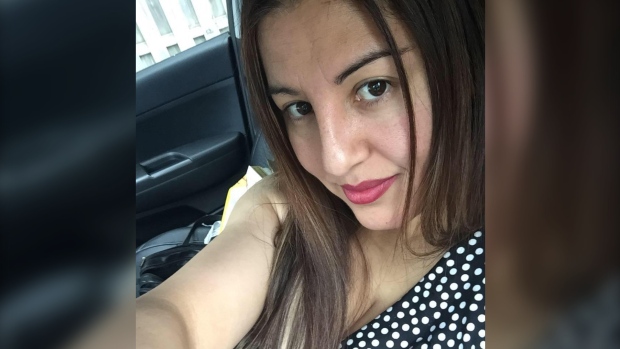 Police sources confirmed to CTV News that the two incidents are linked.

“When the police arrived on the scene, they were worried because there was no answer, so they [went inside],” said Montreal police spokesperson Manuel Couture. “Inside the residence, they located the body of three people; one woman and two children.”

Police said the deaths were confirmed onsite and are considered "suspicious" at this point in the investigation.

A perimeter has been established and investigators are onsite. Police are trying to determine the exact cause of the three deaths.

Pascale Lamy, a spokesperson for the Centre Hospitalier de Lanaudière (CHDL), confirms an incident did happen at the hospital, but would not elaborate.

She says the person who died was not an employee, a patient or someone who was there for an appointment.

A man who knew the family told CTV News that he saw the police at the home two or three times responding to domestic complaints.

The last time, the father moved out for a brief period before returning, he said.

Court records involving two people with the same names show that Yssaad was charged in August 2018 with assault with a weapon against Khellaf.

But Yssaad agreed to sign what’s known as a section 810 peace bond.  Essentially that’s a plea bargain where the charges are dropped in exchange for the accused agreeing to conditions, including keeping away from his accuser.

A neighbour told reporters he has seen police come to the house in the past, adding Yssaad “was not someone we could talk to. He didn’t like it if we asked questions.”

Another neighbour referred to the incident as "extremely sad."

"The mother used to complain to my mother that he was schizophrenic and they had a lot of problems," he said.

Montreal police investigators and forensic experts were still on the scene Wednesday evening. Autopsies will be conducted on the bodies Thursday.

-- with files from CTV News Montreal's Rob Lurie and the Canadian Press.