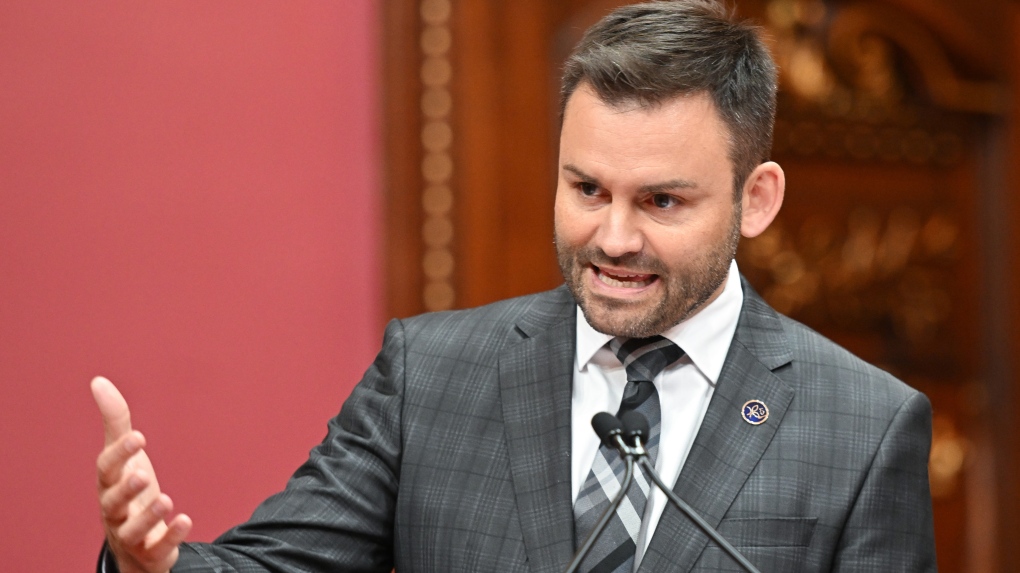 Parti Quebecois Leader Paul St-Pierre Plamondon speaks to guests after he was sworn in, during a ceremony at the legislature in Quebec City, Friday, Oct. 21, 2022. THE CANADIAN PRESS/Jacques Boissinot

The meeting with Premier François Legault on Tuesday was "positive," PQ leader Paul St-Pierre Plamondon said, adding that he was not "naive" and did not want a "public relations operation."

The Parti Québécois leader was concluding the premier's series of meetings with the opposition leaders.

According to him, the exchanges were "very frank."

At the end of the one-hour meeting at the premier's office in Montreal, St-Pierre Plamondon said he had discussed the issue of using private agencies to provide staff in the health network.

The PQ leader is calling for an end to this practice because, in his opinion, these agencies cannibalize the network's workforce.

This report by The Canadian Press was first published in French on Jan. 24, 2023.