In total, Montreal police (SPVM) said 17 tickets were handed out at the gathering, which began at 7:30 p.m. and soon violated the new curfew, which went into effect at 8 p.m.

Police stopped several protesters but a spokesperson said no arrests were made.

The demonstration began on Mount Royal East, winding down several streets before SPVM officers dispersed the crowd at St-Andre and St-Gregoire.

In total, the SPVM reported 84 non-compliance incidents in a provisional report. 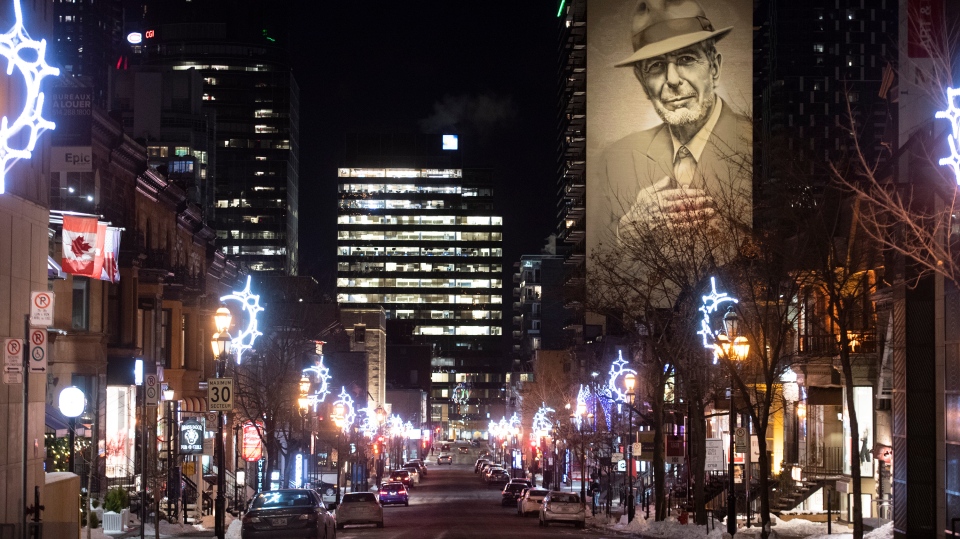 TICKETS HANDED OUT ACROSS THE PROVINCE

The protest was one of several planned across Quebec. In Sept-Iles, the Surete du Quebec said around 20 vehicles gathered at 7:45 p.m. but were dispersed by police soon after.

In a statement posted to social media, the group responsible for planning the gatherings called for the end of the "state of emergency," writing that they stand “against curfews and abusive measures.”

In Quebec City around 8:20 p.m., around 20 demonstrators received fines in front of the Musee de la civilization, in the Old Port. Some of them who refused to be identified were detained, said SPVQ officer Etienne Doyon.

In Sherbrooke, a dozen people participating in a demonstration against sanitary measures received statements of offence, the Sherbrooke police confirmed. 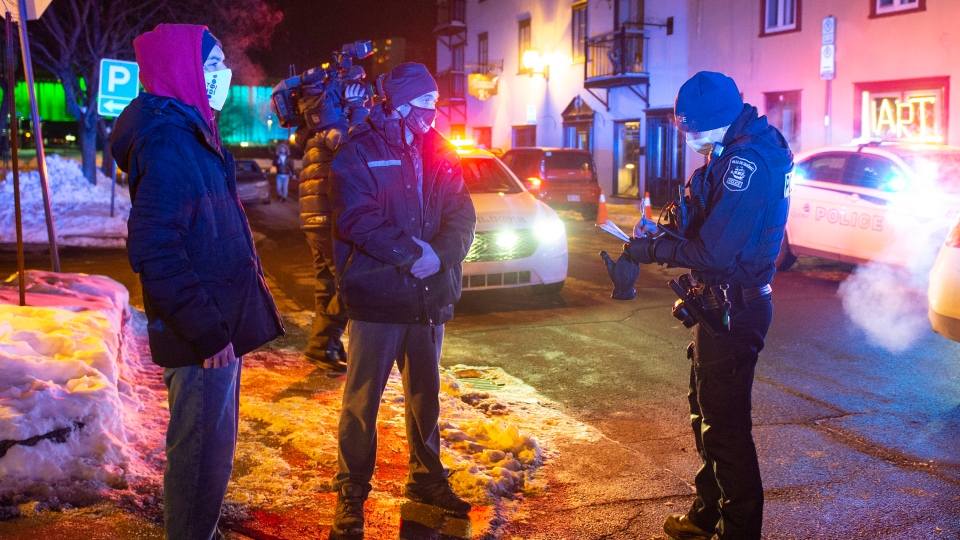 The Surete du Québec said on Sunday that it had submitted more than 150 tickets for non-compliance with the curfew on its territory. The force intervened at around 20 targeted locations in different municipalities.

"An increased presence will be maintained over the next few days to enforce the new rules. Additional staff will be kept on the shifts targeted by the curfew," the SQ said in a statement.

Despite the number of tickets, the provincial police said most citizens respected the rule to stay indoors after 8 p.m.

"Despite a few incidents, we note an excellent collaboration of the population in respect of the curfew," the SQ wrote on Twitter.

In Longueuil, on Montreal's South Shore, no report was issued although a demonstration was announced on Facebook and many people promised to be there.

"We got there and there was no one there," said Longueuil police (SPAL) captain Jean-Christophe Fortin. "The effect of the $ 1,500 fine put a lot of people off."

Also in Monteregie, several police patrols from the Chateauguay Police Department (SPC) circulated in the streets to ensure that the curfew was respected in the towns of Chateauguay, Beauharnois, Lery and Saint-Isidore. By midnight, the police had intervened with 143 vehicles and 161 citizens. They handed out six tickets.

Despite a good volume of vehicle traffic on the main arteries of the territory of 68,000 inhabitants, "most vehicles intercepted and citizens arrested had a valid reason which is present in the list of exceptions," said SPC spokesperson Jenny Lavigne.

The Trois-Rivières police department said on Sunday that 11 reports had been submitted on its territory adding that officers had gone to a park before the curfew began to convince a group of protesters to return home. The people obeyed and no report was given to them.

In general, the streets were quiet everywhere in Quebec. The images from Transports Québec cameras showing highways almost deserted compared to normal were striking. 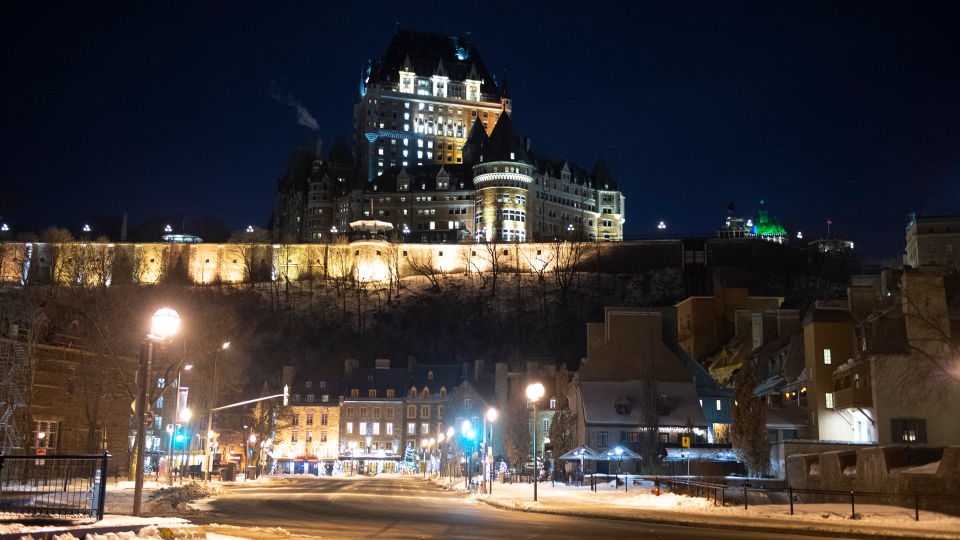 Saturday marked the first day of Quebec’s new curfew policy, unveiled by the province on Wednesday in an effort to contain the explosive spread of COVID-19.

Since that announcement, more than 7,000 cases of the novel coronavirus have been recorded in Quebec.

While demonstrations are still allowed by the province, the rules say they must take place before 8 p.m., and attendants must wear masks.

Anyone caught outside after 8 p.m. without a valid reason for being there, such as a personal emergency or a note from work, can be fined between $1000 and $6000.

Though the curfew applies across the province, just how it is enforced is expected to vary by region.

In a Thursday press conference, Deputy Premier Genevieve Guilbault said the province is giving agency to local police responsible for handing out tickets.

“Police are used to showing judgment and discernment,” said Guilbault.

LISTEN: How will Montreal enforce the new lockdown measures? Montreal Mayor Valerie Plante in an interview with CJAD 800 radio