Over 100 cars involved in major pile-up on Quebec highway

A major pile-up n Highway 40 Saturday afternoon in Yamachiche, Que., near Trois-Rivieres, has implicated 150 vehicles, according to the province's transport minister.

"A truck would be the origin and nearly 150 vehicles would be involved. The area is to be avoided," wrote Minister François Bonnardel. "Our teams and the (Sûreté du Québec) are on site."

According to earlier information provided by Sergeant Marythé Bolduc of the Sûreté du Québec (SQ), the initial crash likely occurred around 1 p.m. Subsequently, dozens of other vehicles became involved in the pile-up.

"According to preliminary information, several people were injured and one of them suffered serious injuries," read an SQ press release. 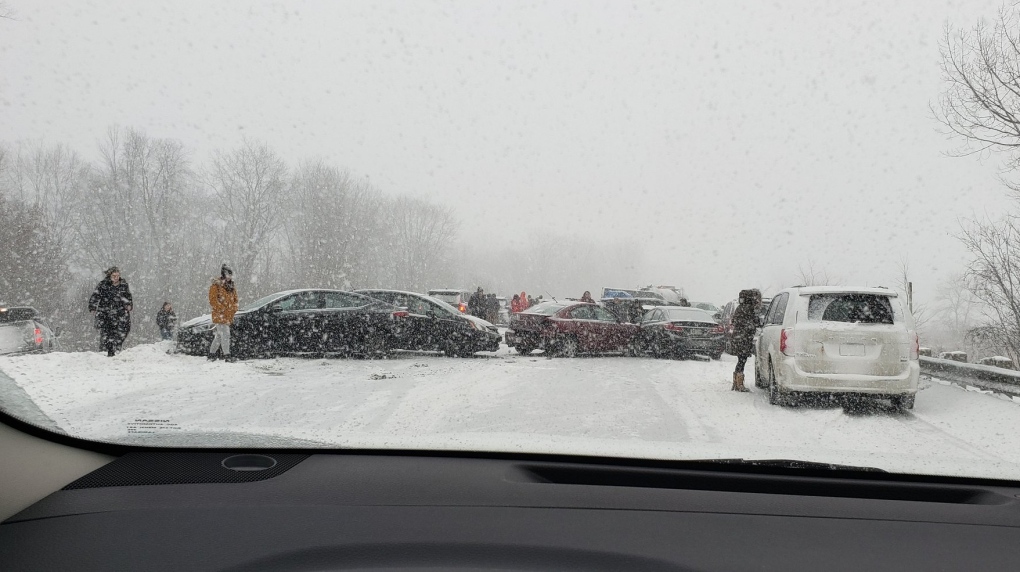 -- This article was first published by The Canadian Press in French on Saturday, Dec. 25, 2021.