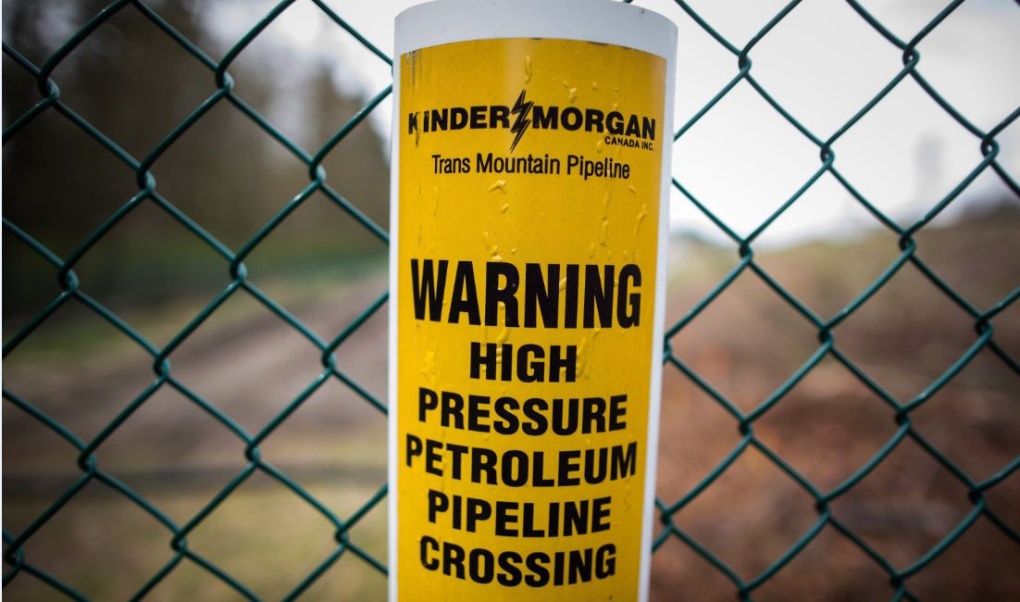 A sign warning of an underground petroleum pipeline is seen on a fence at Kinder Morgan's facility where work is being conducted in preparation for the expansion of the Trans Mountain Pipeline, in Burnaby, B.C., on Monday April 9, 2018. With just over a week remaining until the deadline set for abandoning the Trans Mountain pipeline expansion, no suitors have emerged to step into builder Kinder Morgan Canada's shoes. THE CANADIAN PRESS/Darryl Dyck

The goal of the event was to show solidarity with First Nations and other groups who are fighting the project in British Columbia.

Picard said the pipeline debate cannot be kept to one province because issues surrounding climate change are indivisible.

The chiefs were joined by several hundred cheering people of all ages, including environmental activists, union members and First Nations groups.

Many carried signs denouncing Prime Minister Justin Trudeau and urging him to reconsider his decision to approve the project.