While Gabriel was a child, comedian Ward made fun of him on stage during 250 shows, in a DVD that sold 7,500 copies, and in a video of the show posted online.

Gabriel is a person with a disability. With a varying lexicon, Ward targeted him with insulting jokes ridiculing his disability.

Gabriel’s claim in damages under Quebec’s Charter of Human Rights and Freedoms was accepted by two levels of decision-makers, but it was rejected by the Supreme Court of Canada, in a decision split 5:4, over a strong dissent.

The case involves multiple elements and will inspire commentary on several issues.

Bracketing, among other things, the complex question of the appropriate choice between a claim under the Quebec Charter and a suit in defamation under the Civil Code, we focus on several precise points from the majority judgment.

We view them as surprising, even shocking.

In his defence, Ward invoked his freedom of expression, the great importance of which is stressed by the majority opinion. According to him, nobody can complain about being mocked during a comedy show.

Ward asserted that his goal was simply to entertain. He insisted on the fact that he intended no harm to Gabriel personally. The majority accepted these pious words.

But it’s established by judicial precedent that one’s benevolent intentions do not excuse a violation of the fundamental rights of another.

Yet, if Ward didn’t target just any child, his jokes about Gabriel clearly focused on the latter’s disability. In this context, can one really separate the person from his disability? 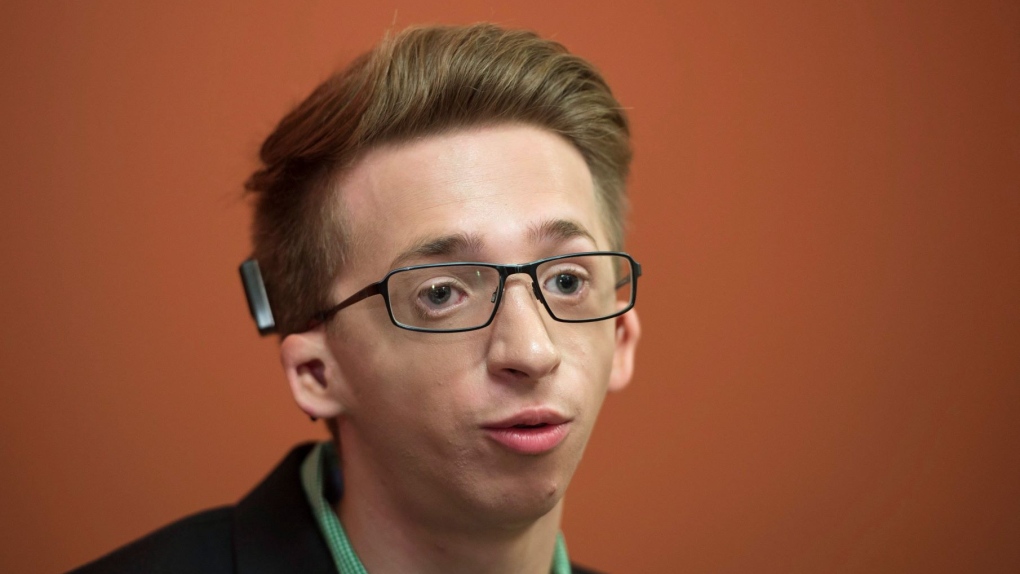 Jeremy Gabriel responds to a question during a news conference Thursday, July 21, 2016 in Montreal. THE CANADIAN PRESS/Paul Chiasson

Jeremy Gabriel responds to a question during a news conference Thursday, July 21, 2016 in Montreal. THE CANADIAN PRESS/Paul Chiasson

While a link of causation is a necessary component of a claim in damages, the majority opinion seems to adopt a needlessly narrow approach to it.

According to it, there wasn’t a sufficient causal link between Ward’s mockery and the difficulties lived by Gabriel, including his suffering, suicidal thoughts, and instinct to isolate himself from other schoolchildren. Whatever the other possible causes in play, requiring determinate proof of the impact of Ward’s words is to set the bar extremely high.

The majority opinion speaks often about “the reasonable person,” that is, the person who attends the show of a comedian known for his dark comedy.

However, the notion of the reasonable person requires an appreciation of the context.

Given the vast dissemination of Ward’s words, it was necessary to pay greater attention to the foreseeable reactions on the part of Gabriel’s classmates and other children.

In this context, is it realistic to assume that young people can take the comedian’s words with detachment, as stated by the majority opinion?

Similar questions arise about the ability of Gabriel, at the time between 10 and 13 years old, to take the necessary distance from the sarcasm of Ward and then of his classmates.

How can one believe that the harmful and humiliating mockery of Ward towards a child with a disability didn’t amount to a serious impairment of his equal right to the safeguard of his dignity?

How can one believe that the comedian’s mockery didn’t contribute substantially to Gabriel’s isolation and to the mockery by his classmates?

Law isn’t only a technical machine; it’s also a set of values. It’s the legislature of Quebec that, in a charter of fundamental rights of which our society has long been proud, chose to guarantee to every person the safeguard of his or her dignity.

In the present moment, which – finally – recognizes the importance of protecting vulnerable individuals, the Supreme Court’s judgment sends a disturbing message to the contrary.

Granted, the majority opinion takes the trouble to warn artists that they are not above the Charter of Human Rights and Freedoms.

But who, henceforth, would dare to assert those rights against an artist in court?

23 people taken to hospital after workplace exposure to hydrochloric acid in St. Catharines

Can I book my COVID-19 bivalent booster that targets Omicron? Where each province, territory stands