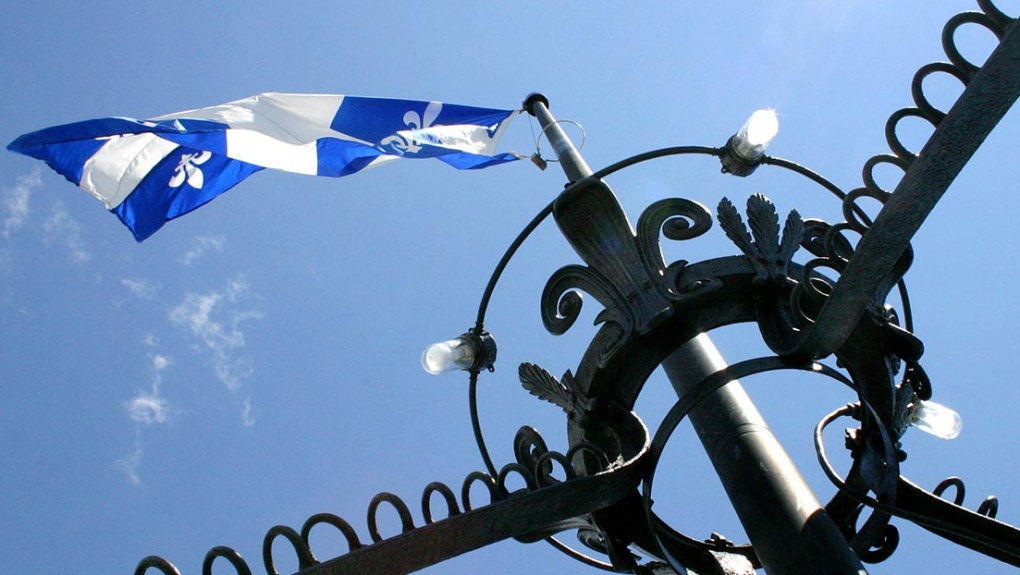 These differences, while provincial in nature, sometimes spill over into pan-Canadian politics as well. Case in point: in addition to what Mr. Chambers is urging, a simultaneous effort is underway by the Bloc Québécois to extend Bill 101 to federally regulated institutions that may now have the support of a parliamentary majority.

Both communities have believed their respective visions generously protect the other minority-language group (i.e. official bilingualism protects French within Canada from an anglophone viewpoint, likewise allowing for English-based institutions in Quebec protects the anglophone community from a Quebec nationalist perspective). During the 1980s and 90s these visions' supporters tried to entrench their competing views in Canada's constitution.

The federal government tried to act as an arbiter in this debate, but issues of language are so explosive that sustaining the different advocates' trust has proven difficult. That's why drafting interpretative clauses (i.e., "distinct society") in past constitutional rounds were kept vague to satisfy as many sides as possible. But, by its nature, their efforts were doomed from the start since non-Quebec legislators could not hope to get ahead of Quebecers themselves in defining who we are.

For inspiration in finding an alternative approach, one can look to former prime minister Pierre Trudeau. As a proponent of Canada as an option for French Canadian "La Survivance" (surviving as a French culture within North America), Pierre Trudeau was wisely able to not only express francophones' aspirations but also articulate a vision that inspired our country's anglophone majority as well, later being spelled out in concrete terms in the Canadian Charter of Rights and Freedoms.

In a Montreal Gazette Aug. 21, 2019 op-ed, co-author Giuliano D'Andrea and I proposed something parallel, yet local, calling for a new Quebec Constitution. A prospect supported now by the Parti Québécois, Québéc Solidaire, the youth commission of the Quebec Liberal Party, and even by the former Parti Action Democratic (which was absorbed into the CAQ at its founding).

Within such a document, our leaders should propose creating a new linguistic social contract, meaning an updated language charter negotiated between the communities and ratified in a public vote before being embedded within the new constitution along with the Quebec Charter of Rights and Freedoms.

Its provisions could borrow from existing legislation like Bill 101 and Bill 142 (protecting access to English health services). Key to making a breakthrough could be a provision allowing for the creation of integrated French/English schools as proposed by community thinkers Julius Grey (May 24, 2017) and Giuliano D'Andrea (Aug. 24 2017) in the Montreal Gazette and that could benefit all Quebecers.

Of great importance, this projet de société must be the end product of a more meaningful consultation process with minority input rather than what happened with Bills 21 and 40. Any package, or vision, once again imposed on minority groups by virtue of francophone unilateralism will undermine any moral legitimacy it could have within Quebec, Canada and internationally.

Alternatively, a new grassroots-supported document, for which minority and majority citizens could vote in a ratifying referendum for the Quebec constitution, would provide a greater chance that both linguistic communities will not only follow the letter of the law but also its spirit. A reassurance that will be a new development to the francophone majority, allowing them to consider it as a new remedy for protecting French other than just relying on a restrictive regulatory approach.

But it won't happen if our community's leadership is only counting on a federal government to intervene on our behalf by imposing a solution rather than initiating a solution at a local level similar to what Trudeau did for Canada as a whole. To that end, we are more likely to get the support of the other ten governments of our country if we are seen as trying to help ourselves reconcile directly with our fellow francophone citizens to build a more unified and greater Quebec.

Richard Walsh Smith is a former vice president of the Outaouais Alliance (now the Regional Association of West Quebeckers), a regional association of the QCGN.