Ontario criticized for lack of French at COVID-19 press conferences 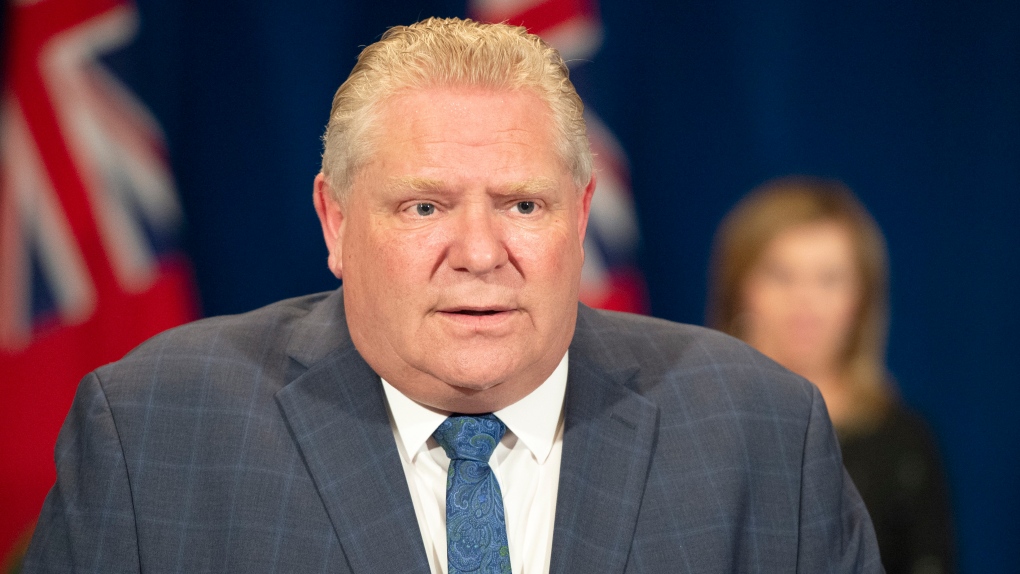 OTTAWA -- The Ontario government is facing criticism for its inability to communicate and respond to questions in French during Premier Doug Ford's daily press conferences on the COVID-19 pandemic.

During a press conference Friday, journalist Emilie Pelletier of the French-language newspaper Le Droit asked Ford in English if someone could answer her question in French. Le Droit reported that the premier simply replied "not now" in English.

Although simultaneous translation of Ontario's COVID-19 press conferences is offered daily, French Language Services Commissioner of Ontario Kelly Burke said in an interview with Radio-Canada that she had received complaints about the matter.

Guy Bourgoin of the Ontario New Democratic Party, who represents Mushkegowuk-Baie-Jamesis and is the opposition critic for Francophone Affairs, added that this issue was a matter of rights for Ontario's French-speaking minority.

In a statement, Paul Dube, the Ombudsman of Ontario, to whom the French Language Services Commissioner of Ontario reports, said Burke had written to Premier Ford to emphasize the heightened importance of communicating government messages in French and English during the COVID-19 crisis.

Dube said that in the premier's response, he pledged to ensure all information on COVID-19 is communicated in both official languages ​​and that his ministers speak French as much as possible during press briefings.

Ford added that French-speaking Ontarians have the right to receive from the province communications in French equivalent to those offered in English, and that this was all the more relevant during this time of crisis.

This report by The Canadian Press was first published April 14, 2020.

'I was horrified': Family had to rush woman out of Toronto care home struck by COVID-19

Ontario public schools will not reopen on May 4, premier says

What does COVID-19 look like? A closer look at the grey and red image that symbolizes a pandemic

How to look and sound your best while video conferencing

New Normal: Will COVID-19 mark the death of the handshake?